This week Clive Read sits in the expat hotseat. Clive, along with his good lady wife Ann, lives in Javéa. If you’d like to see your face featured, scroll down for the link. 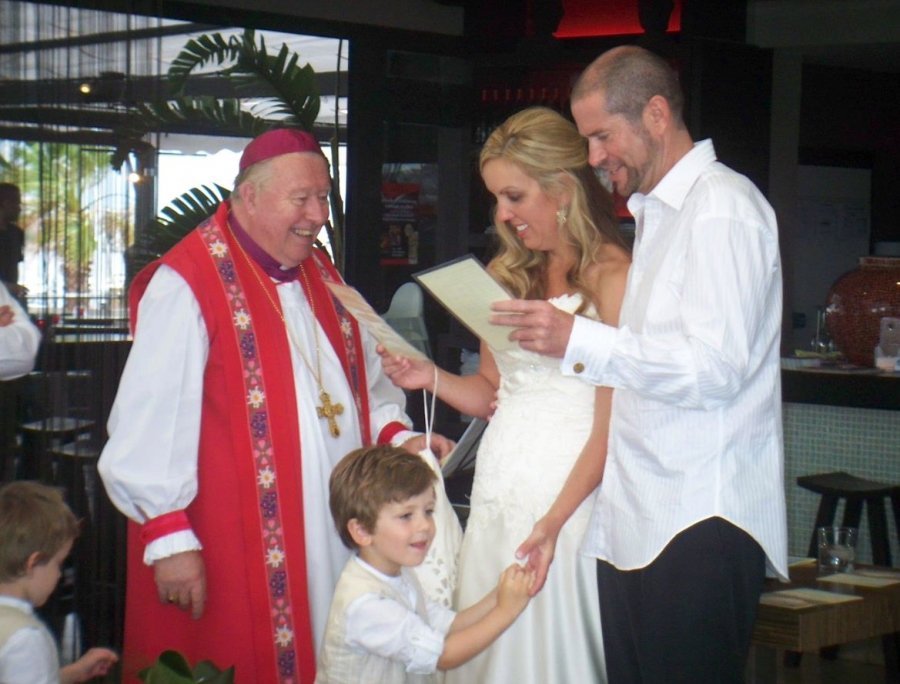 When did you move to Spain, and where from?
November 1985 with Ann, my wife since 1960 and our 2 dogs, from Shirebrook in Derbyshire, via Duckmanton, Mosborough, Sheffield (and originally from North Kent and Ann from South London.

Who came with you?
Ann and 2 dogs (rusty and his son Snowie) but we were joined the following month by our son, Peter, his partner and 2 children (one of whom has 2 boys) making us Bis Nietos of a 10 and 8 year old.

Where in Spain do you live now?
Javea – that we regard as ‘Paradise’

What things (apart from loved ones) do you miss from your country of birth?
Much less than in 1985, thanks to the arrival of ICELAND stores brought to Spain by Overseas.es

Do you work? As what?
Pastor of Javea Evangelical Church since 1992. Editor of Javea Jeard monthly magazine: http://issuu.com/cliveinspain/docs/master16/1

I’m a volunteer at Oasis Help Centre, 6 days a week (10am-2pm) and, since July 2013, Primate Archbishop of Anglican Independent Communion Worldwide and Lead Officiant at www.divineservices.org with Civil Marriages and Blessings. Since 1997 we have been responsible for ‘La Palabra Para Hoy’ in Spain, but I am looking to download this responsibility.

How are you with speaking Spanish?
I get by but I should be much more fluent given the time I’ve lived here. I don’t think about what I am going to say, just open my mouth and the words come out.

If you could change one thing about Spain… what would that be?
The banks. They are unresponsive, but probably are no different in the UK than they were 30 years ago.

What are the best things about living in Spain?
The weather and the regional hospital that prevent my demise earlier this year, when admitted with pneumonia, sepsis, gout, lumbago, fluid on the lung and a heart disorder. Since then I have had kidney malfunction and have 5 specialist hospital consultants. I paid ‘Autonomo’ in Spain for my first 16 years here (until Ann became a UK pensioner) and receive a Spanish State pension.

What are your favourite Spanish dishes?
Paella and my wife – not in that order.

What is the predominant nationality of your friends in Spain?
Brits and Spaniards who are learning or can speak English. I don’t go out of my way NOT to have Spanish-speaking friends, it is just the way it has happened.

If you won the Euromilliones – would you still live where you currently are? Why? Why not?
Yes. Javea is paradise for me. I live in a rented 4 bedroom service apartment in the town, where the Landlords (in Valencia) are responsible for all maintenance, laundry of bed linen every week, and there is a swimming pool on the roof.

If a movie was made about your life – who would play you? Why?
Probably Norman Wisdom. I care not of people laugh at me (which they do in the Sunday morning sermon) or dislike me which is the ‘norm’ for Brits in Javea. I’m frequently criticised by people who have never met me.

If you had to describe yourself as a cocktail… what would you be, and why?
I drink white wine, but I suppose I’d be ‘Cava’ because I sparkle and bubble and am within reach of everyone.

Right – now is the chance to tell us all about your business/website/blog if you have one (or more of course).
My autobio describes my life (Serving Him by serving others) and I have too many websites to list.