You’ve probably never heard of the lost village of La Cañada de San Antonio, nor had we until recently when our friend José mentioned it. This place has quite a story to it!

I’ve been fascinated for some time about the abandoned villages there are here and I’ve often wondered (sometimes wistfully) about the many small deserted villages for sale across Spain and the sad histories that led to their demise. I’ve also written in the past about the town of Belchite in Zargoza which after furious fighting was deserted and has since become a monument to the civil war.

Unlike Belchite, the small village of La Cañada de San Antonio though left to decay after the civil war was not abandoned. Instead its small population, which currently stands at just under 100, deliberately cut themselves off high in the mountains of Asturias after the battle of El Mazuco in 1937. Having lost one third of their then population the villagers chose to denounce politics and religion and completely isolate themselves from Spanish society thus, at least for a time, avoiding Franco’s Spain. People in the region assumed the whole village was wiped out during the battle and because of this, the general turmoil of the war and the surviving villagers going effectively into hiding, La Cañada de San Antonio was totally forgotten until 1963.

Completely self-sufficient with their own water source the community had indeed carried on, and in some ways they thrived. Unlike in many other small villages the younger population had not moved on to urban areas after the war. Those too young to remember how the town had become cut off had not so much as even been told of the existence of the ‘outside world’.

Catholicism had been replaced entirely by a form of the witchcraft practised throughout the peninsula during the 15th, 16th and 17th centuries and the town was overseen by a High Meigas (the ancient word meiga derives from the Latin magicus). The dates that would have originally have been the widely celebrated fiestas in Spain became pagan rituals consisting of long ceremonies and animal sacrifices. Sacrifices were most often chickens, but the main festival every year was celebrated with the sacrifice of a highly prized pig.

With its destruction being assumed, the village had disappeared from all maps and remained cartographically hidden. When it was rediscovered in 1963 Franco was so incensed at the villagers will to isolate themselves he threatened to execute the entire village. Only a personal plea from the High Meigas and the promise of an additional pig sacrifice each year in honour of Franco (with the meat being sent to Madrid of course) saved the life of the remaining villagers. This ritual continues to this day.

The remote mountain location means that even since 1963 few ‘outsiders’ have visited the place. Of the few visitors they do receive, most have been scientists from the University of Oviedo who are studying the effects of reproduction in a limited gene pool. As one might expect the people of La Cañada de San Antonio are more like a ‘clan’ than a population as such. The scientists are also researching why the entire village has also somehow developed an immunity to the common cold – research which is very closely guarded for obvious reasons.

Although the village is still without mains water and electricity supplies (by its own choosing) and the community continues to shun any modern technology, some of its younger members have over the last couple of decades taken to taking their produce to markets in nearby towns where they prefer to trade and barter for household good like pots and pans, clothes (especially boots) or trinkets rather than accept cash which they find of little use in their daily lives.

As a photographer I would so love to visit La Cañada de San Antonio but, like – let’s say for instance, the lost tribes in the Amazon it seems the proper thing to do to leave them alone to live their own lives in their own way. Long may they continue to thrive as they are without interference. 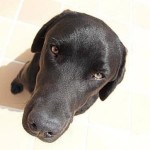 Alan, along with Elle, is the owner of Spain Buddy. He was born in the North of England (Lancashire) and travelled extensively before eventually settling in Almería. Alan has 3 sons from the first of his 18 marriages, (Sam, Joe & Ben) who are all now adults. You can read more articles by Alan on his personal blog at AlanGandy.com and see more of his photography on his photography website as well as on Flickr and Instagram.
Also, for less than the price of a cup of coffee each month you can help support Alan's photography (and get some freebies into the bargain). Click here to visit his Patreon page to find out more.

And the winner of the Spain Buddy 2016 travel photography competition is….1.4K Total Shares