Spanish tests for extranjeros. As part of efforts to preserve the Spanish language… there is a new procedure that will be rolled out across the country from January 1st 2014. 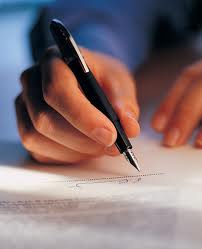 This new process will take the form of a written test to assess the general understanding of the Spanish language. The exact examination details are to be finalised, but our contact in Madrid informs us that it will most likely take the form of a 50 question test of everyday phrases in Spanish, with multiple choice answer selections. It will be similar to that already utilised in the UK. Questions will include phrases that you would use to find your way around a hospital, weights and measures, numbers, days of the week, correct phraseology when handling money, and a basic element of conversational Spanish. You will need to gain a pass of at least 80% in order to receive your “Certificado de Registro de Ciudadano de La Union” (often referred to as “Residencia”).

This follows on from the changes to procedures that were implemented in July 2012, where it became legal for Town Halls to check you are financially capable of supporting yourself and your family before allowing you to register for healthcare in Spain. A number of peope have been refused registration. Currently, you do not need to renew that certificate after 5 years. However – this replaces that. Legally, Spain cannot remove you from the country. However, if these procedures aren’t adhered to, they can restrict your rights to public services such as access to the Spanish state healthcare system.

Over the past few years, the Spanish government have been offering free Spanish lessons to new residents as part of their desire to make life so much easier for all of us to integrate into our new homes as seamlessly as possible. Unfortunately, these free classes have not been as popular as the government would have hoped. This being said, the free classes will continue, and they would like to encourage all of us to avail ourselves of this fantastic opportunity. You can find out more about these classes by visiting your local Ayuntamiento (Town Hall). They start around September / October each year and come in three levels: basic, intermediate and advanced.

The government feels that if after 5 years, you do not have a basic command of the local language… then you have not made an effort to integrate, and therefore do not deserve to benefit from the aforementioned services.

The new rules only apply to people renewing the paper style “Certificado de Extranjeros” or “Residencia” as it is more commonly known amongst the British and Irish… when it expires after 5 years. You can find your personal date of issue in the last paragraph on the green sheet.

The following people are exempt:

There is a department being set up as we speak that will help to coach people through the new process, including some classes and support should you need it. The support will of course be offered in the language of your originating country language, in order to conform to EU anti-discrimination laws. This will be overseen and run by the Ayuntamientos, but will be physically based inside the Police Stations, where you currently apply for your certificado de extranjero. This will be rolled out across Spain over the coming months. It looks to be fully in force by the end of December 2013.

Of course, you can simply not register for the certificate, and pay for your own healthcare privately – in which case there is no issue.

So… you have no time to lose. Make sure that you learn as much Spanish as you possibly can, in order to be ready when the time comes.