I love everything about Spain; the food, the people, the football. But I have to admit I’ve not been enough, or even at all, to some parts. 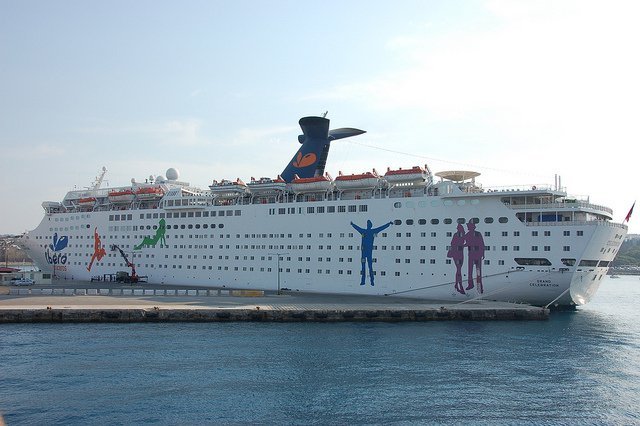 We’ve talked of city breaks to Barcelona or Madrid, a final last-bash at an Ibizan holiday and everything else in between but so far we’ve only managed a two week holiday to Gran Canaria about ten years ago.

So I made a decision to see as much of Spanish life in as short a time as possible. The best way to do this is going to be by cruise ship. Then it became difficult; there are so many cruise companies offering different ships, destinations, tours and styles or travel that I’m now spoiled for choice! So I’ve done some research and found what I think are the top five places I need to see on my Spanish cruise holiday, I’m hoping to find one that fits most of these in without cutting short my sightseeing time!

There is too much to see of Barcelona from a Spanish cruise holiday, so I’d have to pick my sights carefully. Do I sample the architecture of la Sagrada Familia, or have my long-wished tour of the Nou Camp. I’m very much into my food and great restaurants, so I’d be also very tempted to try and grab lunch at a classic Spanish restaurant such as La Bombeta.

Surely I can have one day/night on the white isle, party capital of the Mediterranean in order to finally get it out of my system? The bars, beaches & clubs must look fantastic from the sea, hop ashore for a few hours to sample them all and be safe in the knowledge that I can go back to my quiet and luxurious cruise cabin leaving the real party-goers behind. This could be a whole new way to sample ‘Ibiza-lite’!

Gran Canaria being our only Spanish destination so far gave us a small insight to the canaries, but I’ve heard more about the other, more scenic, peaceful islands such as La Palma & El Hierro, plus many tiny sparsely-inhabited islands that need hopping onto. Taking the trip and stretching out into the Atlantic is a great little cruise journey, sample another style of Spanish life further afield. The weather, for me, is fantastic & I’d recommend the canaries to anybody, there is an island for every holidaymaker!

Yet another Spanish city with great heritage & architecture, maybe on an equal footing with Barcelona. I’ve got another fantastic football ground for me to visit in the Mestalla, but Valencia has a great deal of medieval churches, gardens, museums &other great buildings to see. There aren’t many chances to see a UNESCO World Heritage site, so I’d be crazy not to visit the Silk Exchange market, one of several market buildings in the city that deserve to be seen.

More island hopping, but I’m on a cruise ship doing a Spanish tour, it’d be crazy not too! Obviously quieter than Ibiza, but still with fantastic beaches and lush scenery, this’d be for me to take some quiet walks around the island, as much as it still is a party island, I’d come here to see roman ruins and climb some mountains. I dare say you can probably see a major section of the Western Med from the top of Puig Major!

Now I know I probably couldn’t fit all this into one cruise, but it’s nice to dream. All these destinations can be visited by a cruise; it just depends on your itinerary, your cruise liner & your own desire!

Simon Bowers  lives in Manchester, England working by day as a content builder for Bancmedia.com but by night (and some days) as a blogger writing about food, fashion & anything else he enjoys at his blog luv4fashion.com. With a long-serving history in hotel management he also knows what to look for to find the best service and facilities when travelling.