5 fantastic reasons to move to the Basque Country

Want to be surrounded by a society steeped in a rich cultural history, breath-takingly beautiful landscapes and a cornucopia of critically acclaimed cuisine? Need ultra-modern, urban amenities that open a fast-track to the future…? Welcome to the Basque Country – a brilliant blend of pre-history and making history! 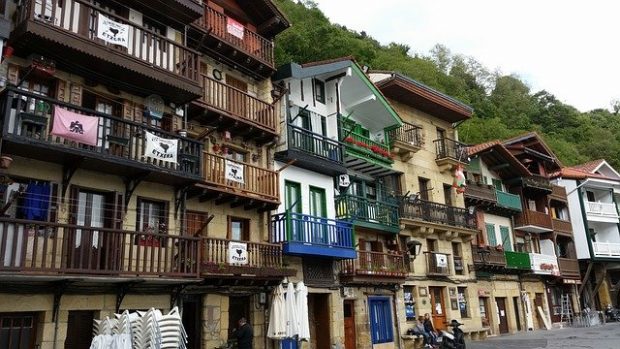 A change of scene

From its scintillating seascapes to its majestic mountains, surrounding lush green valleys- the land of the Basques has it all.  The Basque Country consists of three provinces, each with their own characters and capitals: Álava’s capital being Vitoria-Gasteiz, is the southern-most; it has a great wine region itself, but a major plus is that it borders the world-renowned Rioja wine region.  Vitoria is also the ‘de facto’ capital of the Basque region, as the Basque parliament is here. To the north are two provinces with charismatic coastlines: Gipuzkoa boasts the show-stopping San Sebastián, home to the international film festival, SSIFF and some truly awe-inspiring beaches, the most famous being La Concha, a spectacular sight from atop Mount Igueldo. Biscay’s cool coastline has superb surfing beaches like Sopelana, which is only 20 minutes from Bilbao, home of the Guggenheim – and one of the most progressively dynamic cities to celebrate living, setting up, or doing business in – for all of which the expertise of Globexs will be indispensable.

The future of business in the Basque Country

The Basque country has recently been rapidly transforming itself – using its industrial heritage to launch itself as a world-wide capital for tech and design industries. The amount of business generated thanks to the digitalization of cities and infrastructure is amazing. A perfect partnership between local government, international enterprises and intrepid entrepreneurs, all employing innovative technologies, has led to a boom in economic growth, cutting-edge companies and job creation. Get the lowdown on why Bilbao is the new trending hotspot for Expats and Digital Nomads so you don’t miss out.

Can you afford to miss out on this?

The Basque country has a reputation for being a bit costlier than other places in Spain.  However, when compared to properties in Barcelona or Madrid, prices for renting or buying are more than reasonable. And you can often get a lot more for your money in far superior scenery. I fully recommend Blue Key to guide you through the property market. And if you’re still not convinced, then how about €3 for a pint, or a 3-course meal for the pint-sized sum of €10?

Alright, you can get hearty, traditional food at great prices. But, ‘Food, glorious food!’ says the song.  And Basque Country cuisine is one of the few in the world where this is simply an understatement. There is not enough space to do anywhere near the kind of justice to the sheer artistry, elegance and taste that is the tradition and innovation of the Basque culinary arts. I’ll just leave you with these snippets of info: San Sebastian claims the only ‘Cookery University’ in the world, The Basque Culinary Centre; and, the Basque Country has the highest, per capita, concentration of Michelin star restaurants in the world – 32 stars shared by 23 restaurants! I’m drooling just at the thought!

People in the Basque Country have a level of life satisfaction slightly under those from Switzerland and Norway, but better than Sweden, Island, Holland, Denmark or Finland, and their level of job satisfaction is the highest of all countries in the OECD survey.  Scores are also extremely high for safety, life expectancy and gender equality, suggesting a very bright future in itself!

Have we convinced you yet? Talk to Globexs about the Basque Country.

You may also find the following article useful: Moving to San Sebastian in the Basque Country