The Spanish winters can be pretty chilly. Especially up in the hills… so we fill up on warming, filling dishes. This patatas a lo pobre recipe is your one way ticket to just such a dish. It’s also one of our easiest Spanish recipes, so have a go, and let us know how you get on! 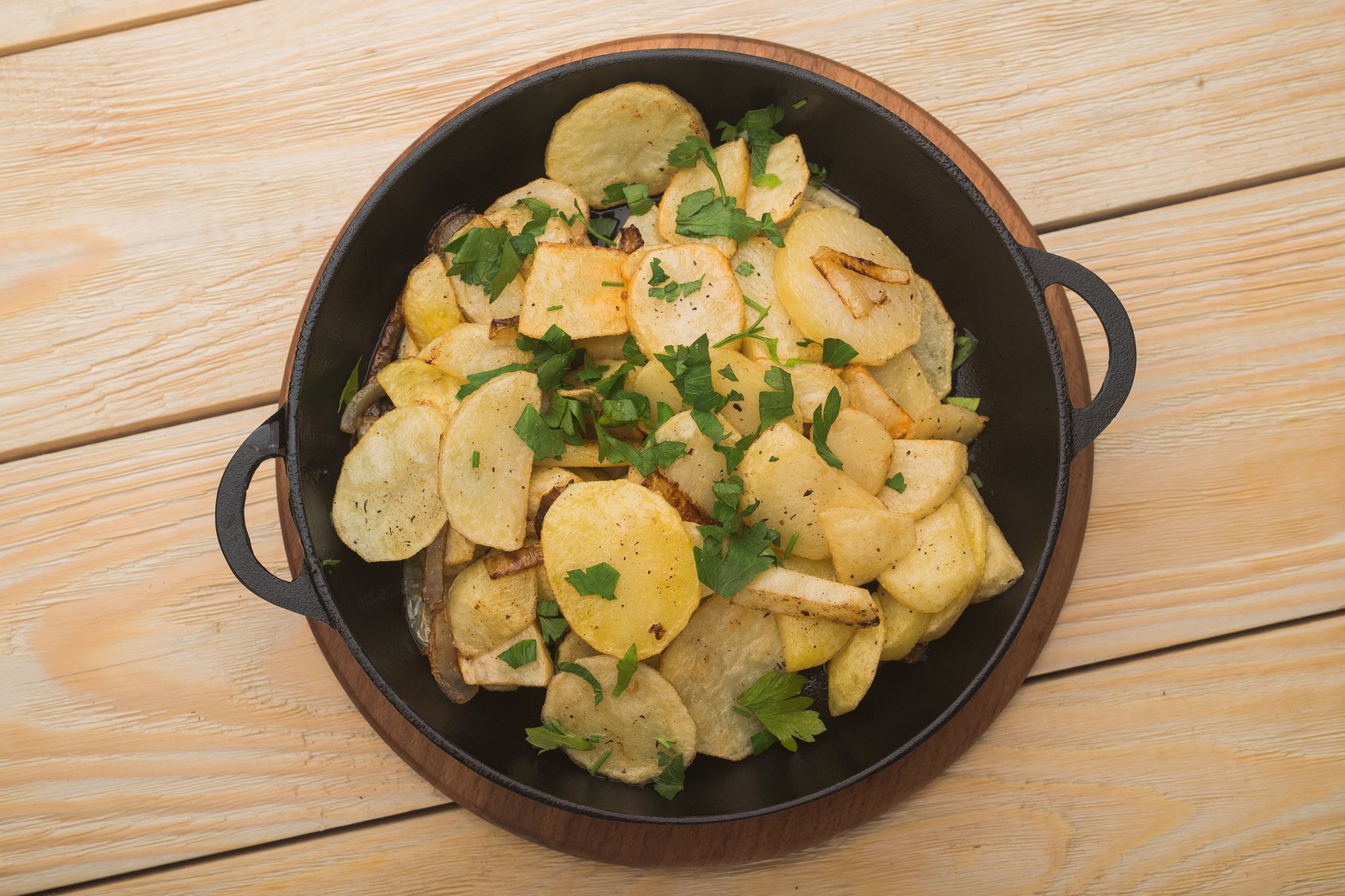 Patatas a lo pobre should be cooked in a deep frying pan with a lid… or a cazuela that you can cover with foil.

Other tips for your patatas a lo pobre

This is great as a side dish, and goes especially well with pork chops or pan fried chicken breasts. I like to sprinkle mine liberally with cracked black pepper too.

As a standalone dish, it’s a little plain for Alan’s tastes… so we occasionally use it as a base and add other ingredients. Here are just some extra ingredients that work really well

Of course with these variations, it really ceases to be “patatas a lo pobre”, but hey – it’s your kitchen… so knock yourself out! Basically, it’s so versatile that you can do anything with it. Let us know what you do with yours.

Wait, what? You don’t have a cazuela?

Don’t worry – we’ve got you covered. You can buy them via the links below*, or (even better) grab a couple when you are next in Spain. They are dirt cheap here but do watch your luggage allowance as they are pretty heavy.

Would you like some more meaty recipes? Why not take a look at some of our Spanish meat recipes or perhaps our Spanish recipes for soups and sauces too. Have a dig about – you’re sure to find something you like. If there is a recipe you’d really like to be made simple – let us know! We’ll be happy to provide that for you – tried and tested of course!

*These are sponsored links. We get a few centimos if you buy via those. If you don’t wish for us to benefit… run a search on your chosen Amazon site for the word, “cazuela”. Be aware that when searching on Amazon.com – it actually gives you a load of casserole dishes that aren’t actually cazuelas. You want the eartenware jobbies as shown in the image at the top of this article.

The most popular Spanish recipes: Our Top 10