Overview of the current Spanish and Catalan property market

The results of the Catalan referendum could not but affect the state of both the Catalan and the Spanish real estate market as a whole. Experts and investors have made various forecasts. But, how have things turned out in the beginning of 2019? 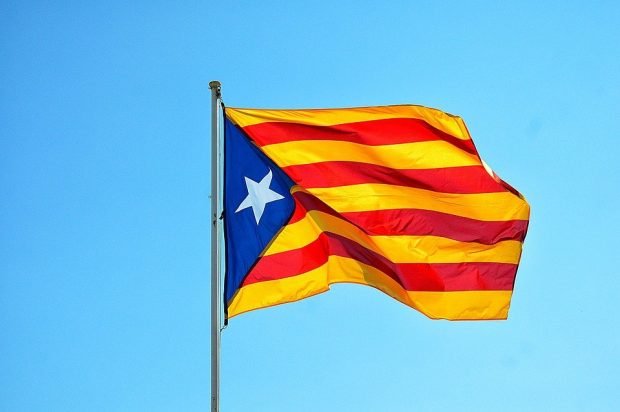 Today, both investors and experts are carefully assessing the prospects of Catalonia’s separation and the possible implications of this process. Meanwhile, the turmoil around the referendum managed to adjust the plans of large businesses in the region. At the peak of the official confrontation between Madrid and Barcelona, many corporations were quick to announce the move of their headquarters from the region of Catalonia, and as expected, the overall decrease in activity on the real estate market followed.

Nevertheless, official statistics seem encouraging: 2018 was one of the best for the real estate market in Spain. Despite everything, the ‘rebellious’ Catalonia is still the locomotive of the Spanish economy, and Barcelona, according to the Financial Times FDi Magazine, is the most attractive region in Southern Europe when it comes to foreign investment for 2018-2019. According to the Savills 2019 rating, Barcelona has retained the title of one of the most convenient places in the world for the development of tech companies.

Last year became a record year for the Spanish residential real estate market. According to the National Statistics Institute (INE), residential properties increased by 10.1% in 2018 compared with the previous year, and the number of registered transactions exceeded 500 thousand, which was the highest result since 2010.

Housing sales grew in almost all autonomous communities in 2018. The only exception was the Balearic Islands (-2.9%).

Catalonia and Madrid demonstrated growth below the market average of 4% and 7.7% respectively. However, in absolute figures, Catalonia is still ahead of its ‘opponent’ in terms of the number of housing purchase and sale transactions and is one of the three leading regions.

Whatever the reason for buying real estate in Spain, be it for personal or for investment purposes (for example, subsequent rental), a foreign buyer can apply for residency through the Golden Visa programme in Spain, which was implemented in 2013. According to its terms, any investor whose real estate purchase exceeds €500,000 can file a request for a Spanish residence permit (it is not necessary to reside in the state). In the future, such a document allows one to apply for citizenship.

In terms of profitability, property in Spain still appears as an appealing asset. Against the background of continuing price increases (by 8.2% as estimated by idealista), the profitability of residential real estate in Barcelona and Madrid, varies from 4.9 to 5.4%.

Spanish office real estate market also remained stable throughout 2018. One of the key events that occurred was the purchase of a Barcelona-based Diagonal de Barcelona complex for €250M by Blackstone. The deal was important because not only it demonstrated investor confidence in the Catalan capital, but also that it turned out to be the largest single-asset transaction in Spain.

Overall, Savills experts note that large market players are still inclined to see Barcelona as one of the best cities for start-ups, innovations and technologies in Europe. All in all, to date over 8.5 thousand international companies have settled in Catalonia. According to the PWC Emerging Trends in Real Estate (2019) survey, respondents (leading European investors) acknowledged that the Barcelona office market was able to surprise with its stability against the backdrop of the political crisis. According to PwC, the yield here is 5.5-6%.

Some of the survey participants acknowledged that in the light of the ‘Catalan crisis’ they began inspecting other Spanish regions and neighbouring Portugal and its capital. Lisbon provides a higher yield, but offers in this location are limited. Investors are actually forced to fight for space.

According to the Spanish Ministry of Tourism, more than 81 million foreign tourists visited the country last year. The most popular destination was Catalonia: this region accounted for more than 23% of the total tourist flow (19 million guests). Balearic (16.7%) and the Canary islands (16.6%) took the second and third place.

In 2018, international and local investors have placed €4.8B into the existing hotel infrastructure, new facilities and building sites. Based on the data obtained by Colliers International, the growth in investments was 23%, with the main share (71%, €3.4B) being made by international businesses. Representatives of North America became leaders among foreign investors in this market. They were followed by Europe and Asia.

In the two long-standing rivalry between Madrid and Barcelona – the Spanish capital came out as the ‘winner’ last year in terms of the investment volume. The total inflow of investments in Madrid’s hotel sector amounted to €632M while Barcelona lags behind with €232M.

Miguel Vásquez, the managing director of the hotels’ department at Colliers International in Spain, believes that investment activity in Barcelona has subsided, this is partly due to the ongoing political crisis and the restrictions by the city authorities for the introduction of new hotels. Because of this situation, many investors have adopted a waiting attitude.

“It could be a good idea to buy up a small hotel in the city centre, which will always be full, but taking on a big convention hotel might be another story,” Vásquez shared in an interview to Hotel News Now. “The current investment environment in Spain is really exceptional, however, the market is bound to correct itself.”

Global investors still differ in their assessments of the current situation in Spain. The political turmoil around the Catalan referendum has made some of the market players cautious, while others decided not to postpone investment and were able to discover new opportunities. The participants in the PwC survey, believe that business is not inclined to overdramatise the situation in Spain, and the investors have partially come to terms with the situation in this country. “We don’t know what effect the political situation will have on demand. We don’t think this situation is going to be resolved quickly. It’s a new reality that we’ll have to live with.” Claimed Carsten Czarnetzki, country head for Spain at AEW Europe investment fund, in his interview with Reuters. When making predictions with regards to the development of the real estate market, experts warn that the boom in this sector will not last forever. According to PwC, the aggressive growth of the market will end in the second half of 2019, mainly due to a change in the ECB policy. However, despite the trend change, a recession or a crisis is not expected.

The navaja knife of Spain