Outdoor activities and things to do in Benidorm

Once a tiny fishing village of the 60’s, Benidorm is now one of the most renown tourist hotspots in Europe. Recognisable for its skyscrapers, Benidorm has a huge hotel industry and this, coupled with its vibrant nightlife, is what attracts millions of visitors every year. However, some of the best sights of this Spanish resort are found away from the dizzying heights of the tall buildings. With that in mind, lets take a look at some outdoor activities and things to do in Benidorm. 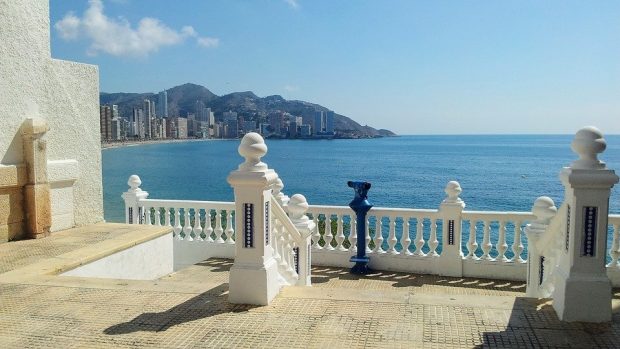 Since Benidorm is such a popular destination, it’s incredibly easy to get to. Benidorm transfers are easily found which means you can step off the plane and be at the resort in no time. If a couple of days of partying has left you a little worse for wear, head out into the surrounding countryside for some fresh air. The World Health Organisation actually considers Benidorm to have one of the best climates in the world for clean air. Make the most of this and take a hike to see the La Cruz de Benidorm. La Cruz, or “The Cross” in English, was erected in the 70’s to repent the sins of the town. This gentle 45-minute walk up hill is more than worth it as you’ll be greeted with panoramic views of the resort that gives you a break from the hustle and bustle below.

A short journey down the coast will take you to the natural park of Sierra Helada, the first marine and terrestrial park in the Valencia region. There are 3 handy routes to walk in the park that are for varying hiking levels. The blue route is an amble along the cliffs with stunning viewpoints of coves, watchtowers and beaches. The red route is still family friendly and offers sights like lighthouses, mountains and tunnels. For something more challenging, the yellow route is more strenuous but is worth the effort. The path takes you up to the highest point of the Sierra Helada following steep cliffs with a picturesque break spot in a pine forest. If you’re in Benidorm for a week or so, make sure to try all 3 routes to experience the best of Benidorm’s surrounding landscape.

If you’re looking for a little bit of traditional Spanish culture, take a trip out to Guadalest. A tiny Valencian town, Guadalest sits on top of a mountain that gives the illusion this little settlement is floating in the clouds. Nestled in a luscious green valley, Guadalest is most famous for it’s castle, the Castell de Guadalest. The castle is accessed through a tunnel carved out of the rock it stands upon.

If you’re after something a little more laidback, you’ll be pleased to hear that there are 15 golf courses in the Costa Blanca. With a range of courses there is something for everyone including courses for first time families as well as experienced old hands. This is a great way to detox from the centre of the resort as some of these courses are tucked away in neighbouring mountain valleys and fields.