Families will be able to enjoy added fun in the sun at the five-star La Manga Club from this summer with the opening of three new facilities at Spain’s flagship resort. 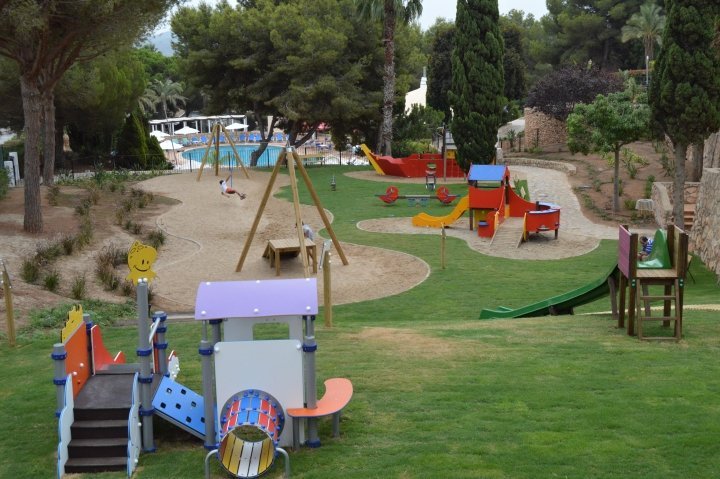 Adults and children can further enhance their sports and leisure experience at the awarding-winning destination venue in Murcia, south-east Spain, by using the new children’s playground, multi-sports court and ‘The Village’ café and bar in the resort’s Las Lomas Village.

A dream for younger members of the family, the revamped play area features every kid’s favourite playground equipment including a long, curved slide, a zip line, a boat, a see-saw, a small playhouse and a playground swing toy. There is also a specially-designated area for children under three.

Juniors and adults have the chance sharpen their skills on La Manga Club’s new multi-sports court, with the area offering facilities to play football, basketball or tennis, while ‘The Village’ offers the perfect place to relax and sample all types of gastronomy, ranging from traditional Mediterranean to more contemporary food styles from Europe, America and Asia.

Guests can choose from a wide selection of international cuisines throughout the day – including a delicious variety of salads, sandwiches and gourmet baguettes for lunch or dinner – while the café and bar’s comfortable terrace offers magnificent sweeping views of the resort.

The new facilities are the latest significant investment that La Manga Club has made in its sports and leisure amenities in 2017 which has included the opening of a new European Cricket Performance Centre and the launch of a new resort app.

The cricket centre, which has been created in partnership with Cricket Ireland and Cricket Scotland, is the first of its kind in Europe while the app provides comprehensive details on La Manga Club’s extensive range of sports and leisure facilities including three award-winning golf courses, a 28-court tennis centre, a luxury spa, more than 20 bars and restaurants and four and five-star accommodation.
Set in an area three times the size of Monaco and just a 20-minute drive from Murcia airport, La Manga Club – which is celebrating its 45th anniversary this year – is the official overseas training base of the Lawn Tennis Association, with its other sports facilities include a newly-rebranded Golf Training Centre and eight full-size football pitches.

In addition, La Manga Club offers a wide selection of sports academies for boys and girls of all ages including golf, tennis, football, cricket, rugby and athletics, while its array of other first-class sports and leisure amenities, bars and restaurants have helped establish it as a firm favourite with active travellers.
Widely regarded as Spain’s flagship resort, the sports and leisure complex has won numerous leading accolades in recent years including being voted ‘Best Golf Resort in Spain’ by UK readers of Today’s Golfer magazine for the sixth year in a row.

A popular destination for some of sports most famous names including Barcelona, Liverpool and Great Britain’s Davis Cup team, La Manga Club’s other facilities include a 2,000m² luxury spa and fitness complex, a five-star hotel and a choice of four-star serviced apartments and townhouses.

Why golf is the perfect sport for social distancing in Spain

Guide to the best golf courses in Spain