This article in Matthew’s “Moving to…” series looks at moving to Tenerife, possibly the most popular of the Canary Islands. Enjoy! 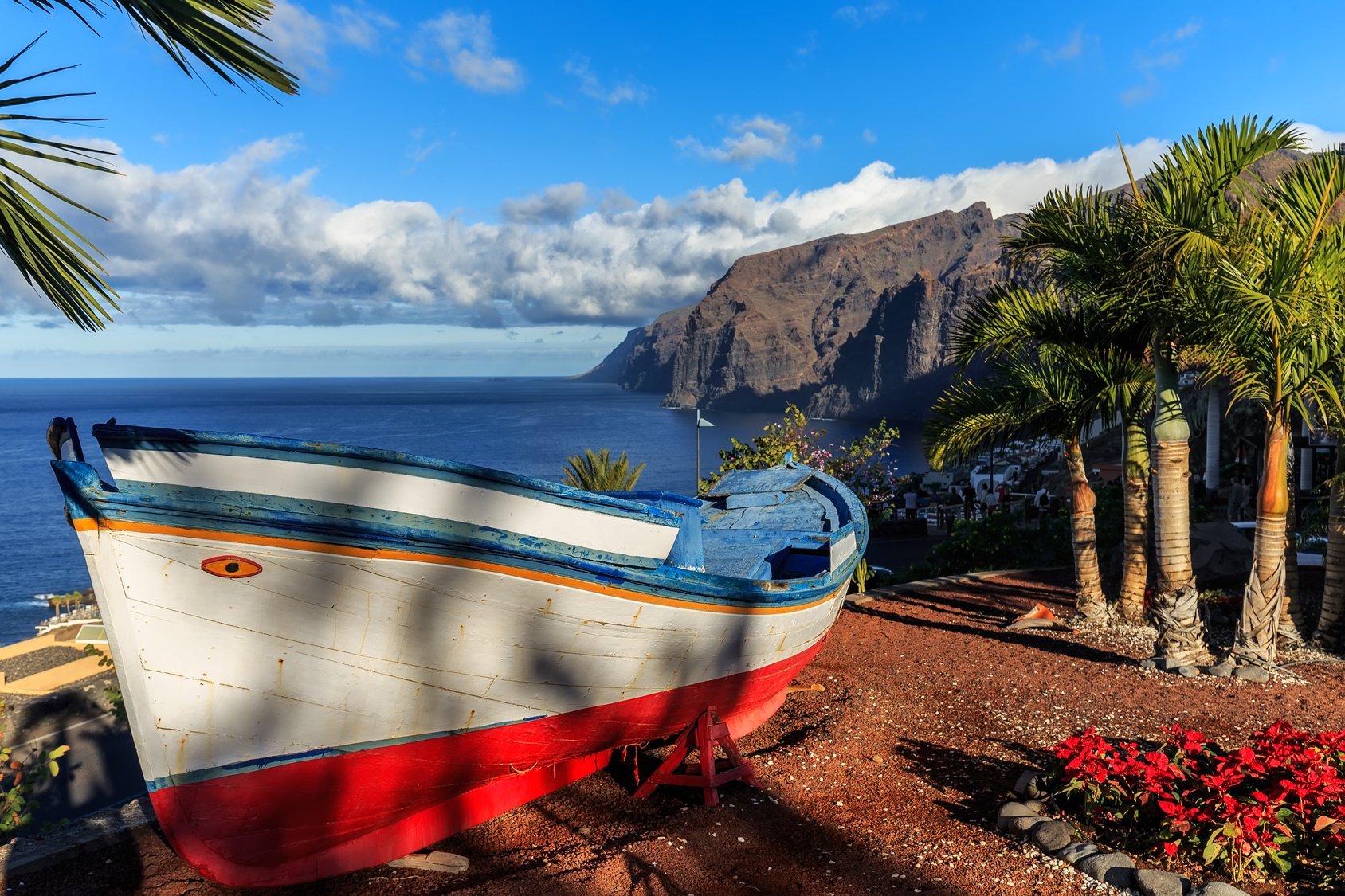 The weather. Its mild winters and not-unbearably-hot summers have seen it dubbed the Land of Eternal Spring. You’re also more likely to witness a White Christmas than in northern Europe as between the months of December and March, Mount Teide regularly receives snowfall.

Prepare to receive a dirty lughole. Because of the lack of official publicizing of events, you’ll need to keep your ear to the ground at all times, although things do seem to be improving – especially in Adeje where the Town Hall regularly keeps peopple in touch. The south can be a bit heavy on the concrete at times, but fear not as the island’s unspoilt countryside (40 per cent of Tenerife is protected by law) is never more than a short drive away.

Moving to Tenerife: In and out

Apart from the main Tenerife South airport (TFS), which connects you to the popular resort of Playa de Las Americas in under 20 minutes, there’s the older Tenerife North (TFN). Closer to Santa Cruz de Tenerife, it’s 11km near to the capital. Santa Cruz de Tenerife’s also home to a port with regular services to the other Canary Islands. In addition, there’s a ferry terminal in the south’s Los Cristianos, specializing in crossings to El Hierro, La Gomera, and La Palma.

Given the number of expats on the island, there are quite a few international schools to choose from. Located in the north of the island, the British School of Tenerife formed after the merging of Trinity School and the International British Yeoward School. The International School of Tenerife’s also to be found up north, in Santa Cruz de Tenerife, although most of its students are Spanish children whose parents want them to learn English. More popular with expats, possibly something to do with its comfortable southern location, is Arona’s Wingate School.

Shop until you drop

Retail therapy’s close to hand in Santa Cruz de Tenerife. For the first appearance of the latest catwalk creations to hit the stores, head to snazzy El Corte Inglés. An altogether quirkier shopping experience is guaranteed at Calle San Sebastián’s Mercado de Nuestra Señora de Africa. During the week it’s a food market, but on Sunday it hosts a rastro (flea market) too. For the oenophile in your life, El Sauzal’s Casa de Vino is museum and majestic wine warehouse rolled into one.

Jack Montgomery, editor of The Real Tenerife and author of The Real Tenerife Guidebook, has lived on Tenerife since 2003. Here’s his guide to the island’s housing market: “Most expats opt to stay in the south of Tenerife. The far south-west area around Guia de Isora and Santiago del Teide has become an increasingly popular location with expats as it offers some of the best sunshine hours combined with towns that have a Canarian character. However, historically the majority of Tinerfeños have lived in the north and that’s the place to stay for the best of the local culture.” If you’re counting your pennies, Montgomery advises you shun the surf in favour of the turf: “Generally speaking, you get more for your money in property terms the further away from the coast you go.”

“The warm bask of year-round sunshine comes at a hefty price along the preferred Costa Adeje coastline. However, the smart money’s heading further along the west coast to towns like Playa San Juan, Alcala, and Puerto Santiago. Here there’s a great deal of luxury development earmarked for the coming years.” Joe Cawley (bestselling author of More Ketchup than Salsa)

“I moved for the sun and sand but have spent 11 years discovering mountain walks, bizarre and beautiful cultural events, hidden beaches, villages small in size and sophistication but big in character and friendliness, and an interlocking mix of nationalities.” Colin Kirby (freelance writer and rural wanderer)

“Tenerife as the biggest and tallest of the Canary Islands is a great place to live with lots of variety from the manmade beaches and leisure parks of the southern resorts to the otherworldly landscape of the National Park on Mount Teide, the lush rainforest area of the extreme north, and the buzzing capital of Santa Cruz. After 20 years here, I’m still finding new places to explore” Phil Crean (photographer, specializing in honeymoons, stock images of the island, and weddings)

“There’s a rich life to be lived here; beautiful landscapes to see; a fascinating history, which includes mummification and several links with British history; local culture – every tiny village has its own traditions and fiestas; a myriad of sports from surfing and diving to rock climbing and mountain biking; an opera season & other Cultural (with a capital C) events. If you get out and do things you meet people, and become part of your new environment.” Linda Wainwright (aka islandmomma)

• Are you now living on Tenerife? Or are you considering moving to Tenerife? What do you like/dislike about it? Let us know below.