The Canaries enjoy great weather pretty much all year round, and in this “Moving to La Palma” article, Matthew Hirtes extols even more virtues of this emerald off the northwest coast of Africa. 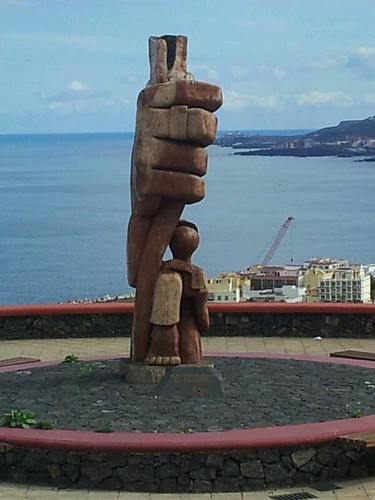 Seeing’s believing on La Palma with vistas made even clearer because of the clean and serene sky. There’s no light pollution here. One of the reasons it’s considered the Canary Island’s prettiest isle. Which, given the competition, is really saying something.

Downs
At 33% of the population, the Canary Islands have the third-highest unemployment figures in the whole of the EU. Traditionally, the smaller Canaries such as La Palma were places you emigrated from rather than to. With most job-seeking Canarians ending up in the likes of Gran Canaria or Tenerife.

In and out
La Palma airport (SPC) is a Mini-Me version of the airports you’ll find on the larger Canary Islands. It’s located in Breña Baja and Villa de Mazo. A mere 8km to the north, you’ll discover the capital of Santa Cruz de la Palma.

Education
Given its size, a mere 18,000 people live in SC de la Palma, there are no international schools on the island. The state primaries and schools here are highly thought of. Although the whole educational system can be frustratingly old school at times, with an emphasis on learning by rote rather than expressing yourself creatively.

Shop until you drop…
You’ll find the cost of living on Las Palma to be less substantially different from what you were used to in your home country. It’s true buying petrol and eating out are less expensive. However, these savings are offset by the larger price tags on imported goods such as clothing and nappies.

Property types
Santa Cruz de la Palma’s home to apartment blocks with flats which are more substantial than you’d imagine. Out of town, you’ll find small hamlets with bigger properties. Quite a few of these include a swimming pool.

“From volcanic deserts in the south to the tropical rain forests in the north, La Palma has everything, It’s like having all the islands rolled into one. So many hidden gems, that I am still finding new places even after 7 years here.” Theresa Davis (EcoGeek Web and Print Design)

“My favourite thing about La Palma’s the amazing views. On a clear day, you can see Tenerife from the Roque de Los Muchachos – which is 140 miles away. And on a clear night, you can see the Andromeda galaxy – which is 2,000,000 light years away.” Sheila Crosby (La Palma Island)

• Are you an expat in La Palma? What do you like/dislike about it? Let us know below.