This week, we are darting to the south-west corner of Spain, and looking at moving to Cádiz. Thanks to Matthew Hirtes for his latest in the “Go Expat In…” series.

Blue is the colour in the capital of Cádiz province 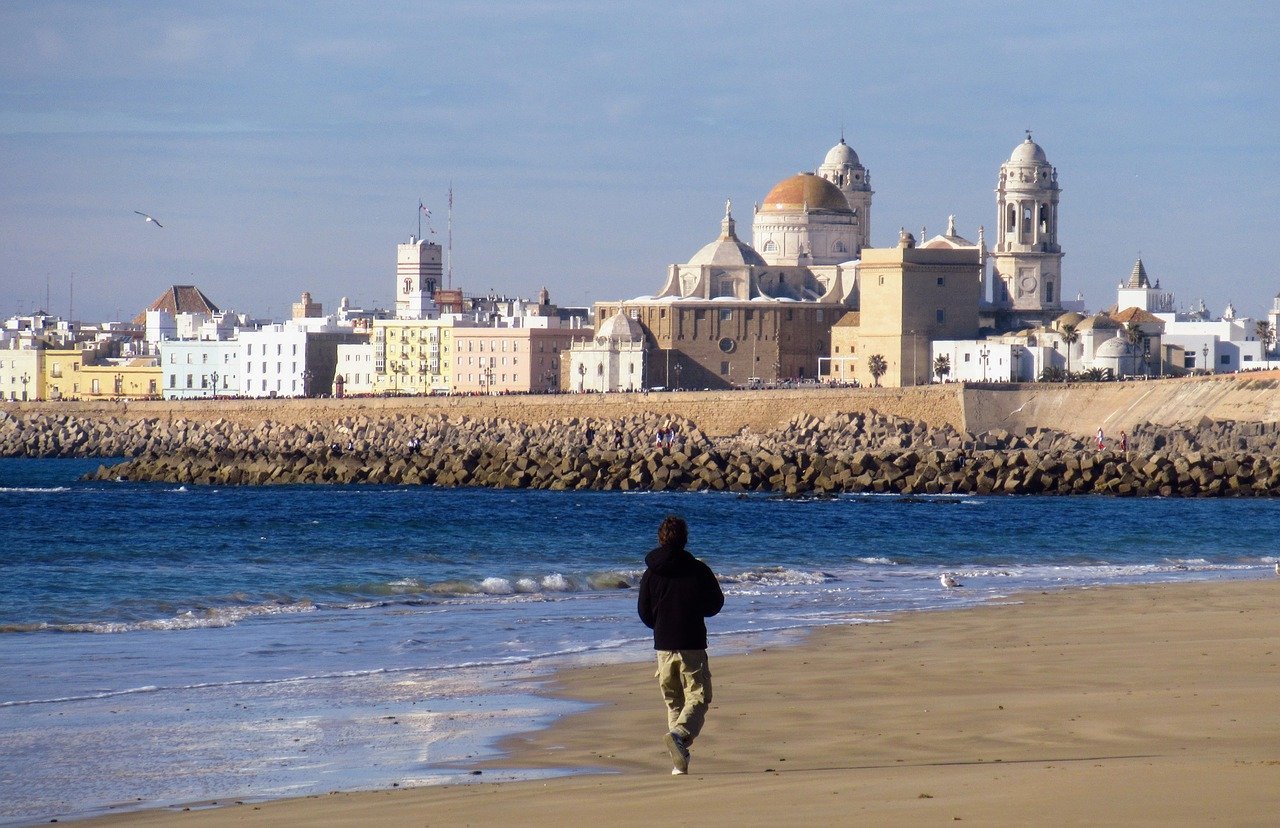 Ups
The light of the Costa de la Luz in this part of south-west Spain. Even when it gets dark, the sky can remain blue instead of becoming black like elsewhere. The absence of hi-res developments, because of coastal protection laws and the fact the city’s located on a sandspit, make 21st-century Cádiz’s skyline remarkably similar to its medieval one.

Downs
Cádiz’s a dying city. Between 1995 and 2006, it lost nearly 10% of its population. As well as being the oldest continuously-inhabited city in western Europe (founded as it was by the Phoenicians), it’s also the Spanish metropolis with the most elderly population and highest unemployment..

In and out
Jerez airport (XRY) is also known as La Parra airport. It lies around 45km to the north of the city, which will take you around half an hour to drive. Cádiz’s also a port with regular ferry services to and from the Canary Islands.

Education
Despite its Cádiz province postcode, Sotogrande International School, an International Baccalaureate establishment, is 90 minutes away. An hour closer to Cádiz city’s El Puerto de Santa María’s El Centro Ingles who run buses from Cádiz bay to the school and back. Ever so slightly further away is Laude El Altillo School in Jerez de la Frontera.

Shop until you drop…
Head from Plaza San Juan Dios towards the cathedral and you’ll find Cádiz’s most eclectic selection of shops. Your options on the city’s Calles Ancha and Columela are rather more high-street ones. Head to the Plaza Libertad’s Mercado Central for foodstuffs including fruit, vegetables, meat, and seafood.

Property types
There are bargains to be had on the property front, particularly regarding commercial properties. If you’ve got between €45.000 and €1.6 million to invest, you can pick up anything from a local magazine to a hotel on the Costa de la Luz. Contact Cadizcasa for further details.

“Cádiz has a rich culture and history of Arab and Roman rule; of music and flamenco. Of suffering and joy. Of the simple pleasue of sunkissed tomatoes and glistening olive oil.” Anne Manson (Annie B’s Spanish Kitchen)

“Cádiz, and the Costa de la Luz in general, has more hours of sunshine per year than any other area of Spain. It also has some of the most beautiful beaches and wonderful natural parks, teeming with rare birds and plants. As well as low-density build with miles of sunflowers, grapes and cotton, but most important of all, it has a laidback, unspoilt Spanish way of life.” Lesley McEwan (Cadizcasa)

“Cádiz province is the place that the rest of Spain decamps to in the summer – it’s the Spanish version of Cornwall. But for the people who live here, life’s very much built around family and friends. There’s a great sense of community. And just when you think it’s getting a little bit too quiet in the winter, along comes a fiesta to liven things up.” Linda Frost (En Buenas Manos)

• Are you an expat in Cádiz? What do you like/dislike about it? Let us know below.