A firm responsible for pressuring people into making holiday-sickness claims has had its licence stripped by the Claims Management Regulator. 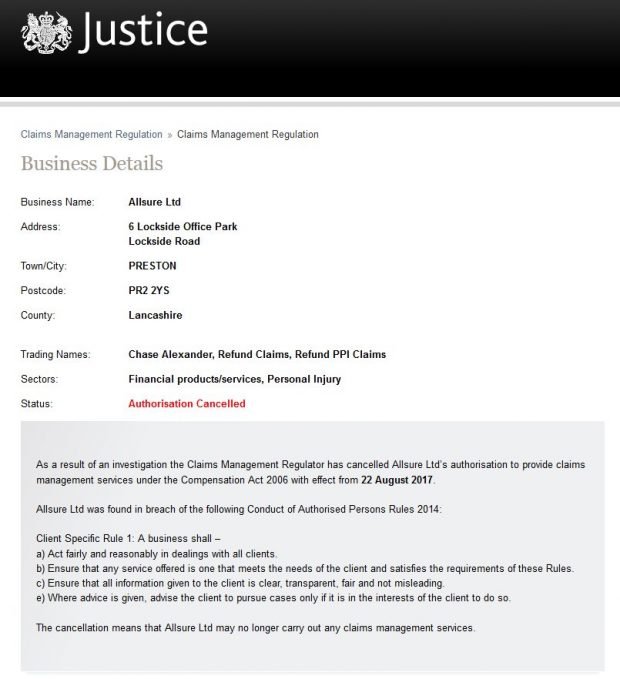 This conduct has led to the firm’s licence being cancelled. This means that it can no longer offer regulated claims management services to new or existing clients.

Kevin Rousell, Head of the Claims Management Regulator said: “We will take firm action against claims businesses which engage in serious misconduct. Seeking to encourage false claims will not be tolerated.”

CMR, based at the Ministry of Justice, regulates companies that offer to help people claim compensation for issues such as personal injury and mis-sold financial products.

The action taken against Allsure Ltd is the latest in a series of moves by the British government to crackdown on fake sickness claims, following concerns from the travel industry of a surge in insurance claims for gastric illnesses like food poisoning being brought by British holidaymakers.

In July ministers stepped in to reduce cash incentives in bringing spurious claims against package holiday tour operators. Under these proposals tour operators would pay a prescribed sum depending on the value of the claim, making the cost of defending a claim predictable.