A list of a few useful conversational Spanish phrases that you won’t find in your schoolbooks! 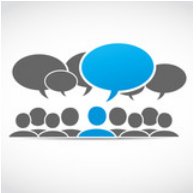 ¡Soy la leche!
I rock. I am the coolest thing.
Pretty informal – the kind of thing you would tell your friends (if they don’t know it already!) It literally means “I am the milk”.

Me tienes frito
I’m exhausted by you
Frito means fried. You’d use this for an exhausting boyfriend or a pestering child, when you’ve had enough

¡Eres un pesado!
You are a total pain!
Best kept for family and close friends!

El baño me ha sabido a gloria
That swim was wonderful.
Saber a gloria – when something is delightful. Also used with la siesta… la comida… el paseo…

¡Mecachis en la mar!
Damn it!
Mild swearword – for when you need to swear in front of the in-laws!

¡Qué piropo me has echado!
That’s a hell of a compliment you have just given me!
Sometimes you might hear ‘piropazo’ – an even bigger compliment!

¡Qué mandón eres!
You are really bossy!
Wife to husband… sister to brother… you get the picture!

Feliz año nuevo
Happy New Year
Heard from just about everyone at that time of year.

¡Me lo pasé pipa!
I had a great time!
Alkways a good one to use after a party or group event.

He perdido el norte
I’ve been feeling a bit lost.
When you’ve been having one of “those” days, and you’re after a pal to head round with moral support.


Kindly donated by Ben and Marina from Notes in Spanish in Madrid. It was originally donated to our Lanzarote website… but we thought you guys may like it too!

Want to Learn More About Spain? Get a Spanish Penpal!