British expats urged to take last chance to find out about correct use of European Health Insurance Cards. 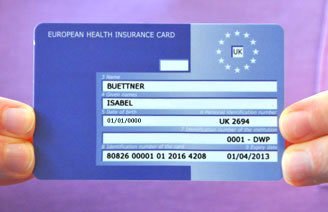 A campaign to explain how British citizens should use their European Health Insurance Cards (EHICs) continues throughout the autumn with talks across the Valencia Autonomous Community. These talks will complete a campaign that has successfully raised awareness of EHICs and how to use them among British citizens and Spanish healthcare staff in the Valencia region since last September.

Martyn Standing, who leads the campaign on behalf of the UK Department of Health, said, “After a lot of stories in the media about EHICs over the last few months, this is a great opportunity for expats to come and get the facts straight from the horse’s mouth.

“Given the recent changes to the state healthcare system and the latest news regarding the Spanish Government Insurance Scheme, which will provide state healthcare for people who aren’t currently covered, Britons living in Spain really shouldn’t miss the chance to get to one of the final talks on EHICs”.

The campaign has also targeted the administrative staff of the Valencia Health Authority to explain how the UK government covers its citizens in Spain and how their medical care is funded.

The campaign has involved an innovative partnership between the Department of Health and Valencia Health Authority, with European Union funding.

Comprehensive information on the use of EHICs can be found at www.healthcareinspain.eu

Talks with Department of Health representative Martyn Standing will be held at the following venues. All talks are at 12 noon:

Improving your health and wellbeing in Spain