If you know me, you’ll know that I love two things: Spain and cars. (Although not necessarily Spanish cars. SEAT, I’m looking at you.)

So when I had the chance to go on a Spanish road trip, I jumped at the opportunity! 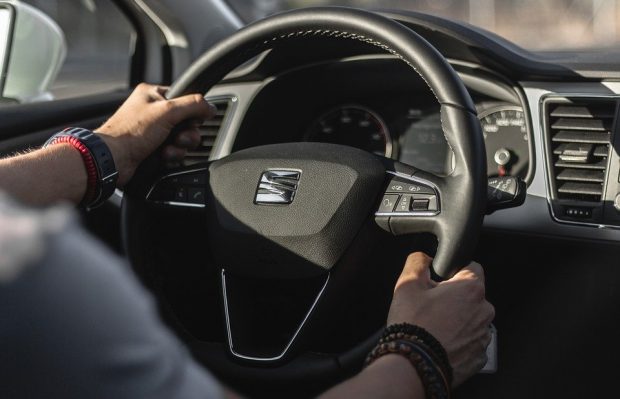 In this article, I’ll share my experiences of the two Spanish road trips I’ve taken so far. First, a blast through the Picos de Europa and onto Portugal. Second, a more relaxed amble around Andalucia in the south.

(If you’ve done the same road trips, let me know about it in the comments! Maybe I missed somewhere fantastic!)

The Parque Nacional de Los Picos de Europa is a hidden gem in the north of Spain, sitting just inland from the the Bay of Biscay. While the Cantabrian Mountains are best known for its hiking, the mountainous roads and sublime scenery also make for great road trip.

In 2011, I ended up on an impromptu road trip through the Picos de Europa and the surrounding national parks. I was visiting a friend who lived in Bilbao — a hiking-mad English teacher called Freya — and we had to be in Porto in a few days for the wedding of a mutual friend. Freya, who had been walking in the Picos quite a lot, suggested we left early and made a road trip of it.

She also told me to pack my hiking boots, which I hadn’t thought to bring with me. After all, I was visiting her for a wedding!

We left early on a Wednesday morning and blew through the first 100 km pretty quickly. The A-8 has some nice coastal stretches and some nice views out of the Bay of Biscay but, at the end of the day, it’s a straight(ish) and flat(ish) highway.

At the tiny town of Cabezon de la Sal, we turned left and started climbing into the mountains through some awesome little country villages. This was a bit of Spain I’d never seen before and I absolutely loved it. Wherever we stopped the people were super friendly and hospitable. (Considering I’d flown out from London, friendly people were still a bit of a novelty!)

Anyhow, from Cabezon de la Sal, we zig-zagged out way southwest, travelling right through the middle of the Natural Park of Fuentes Carrionas and Fuente Cobre-Montaña Palentina. (I’m just going to call it Fuentes Carrionas National Park from now on.)

We stopped for a makeshift picnic next to one of the big reservoirs after Triollo. (Don’t worry, we didn’t go swimming!) It was a really nice stop and the bright blue waters rippled with a nice breeze. Freya also introduced us to cocos, which are (I think) massive coconut macaroons. Crispy on the outside and chewy on the inside, I devoured about four of them!

From there, we trundelled out of Fuentes Carrionas National Park and turned north with the road. At Portilla de la Reina, we turned left onto the LE-2703, which sweeps up into the craggy Cantabrian mountains.

We reached Cain de Valdeon in the heart of the mountain range some time in the early afternoon. The sun high in the sky and the temperature in the valley was somewhere between frying pan and oven. We all hopped out the car to stretch our legs. As soon as we’d felt the sweltering heat, we all jumped straight back in.

Freya, however, is built for heat and regulates her body temperature with lizard-like efficiency. Out, she insisted. It’s time for a walk.

I was all for giving up and staying in the nice air-conditioned car but then I looked around me. The Cantabrian mountains were looking particularly stunning against a brilliant blue sky and I wondered how often I’d get to experience a setting like this.

So out into the heat we went and for 11 km we scampered along the the Cares Trail. The route runs along the Cares river from Cain to Poncebos, although I’m not sure we started in the right place as everyone was giving us weird looks for the first bit.

Even in the heat, it’s a fantastic hike! As I mentioned, the route follows the river but you actually walk on paths and tunnels carved out of the mountain. (Thankfully, the overhangs provided much needed shade for our group!)

Despite being in the middle of the mountains, the walk is actually pretty level and most of the route is on solid ground so I managed in my trainers!

The only thing I should point out is the route isn’t a ring. We started in Cain and ended in Poncebos 11 km away. Thankfully, we had someone to drive the car round and meet us on the other side.

Unfortunately, that was the end of the interesting portion of the roadtrip. We stayed overnight in the Poncebos Hostel and got back on the road the next day. The road north out of the national park is also jaw-dropping but you may well be bored of the sensational scenery by now!

After leaving the park, we got onto the AP-66 and stayed on highways all the way to Porto.

Remember Freya from the Picos de Europa road trip? Well she has a boyfriend called Celes, who grew up in Almeria in the south of Spain. For as long as I’ve known Celes, he’s been insisting that we come to Almeria and also see the whole Andalucia region.

Well, a few years ago, I chanced on some cheap flights to Malaga and arranged to meet my Freya and Celes for a tour of southern Spain.

(Fun fact: it actually cost them twice as much to fly from Bilbao to Malaga than it did for me to fly from London to Malaga. The world is a weird place.)

This roadtrip technically started in Malaga where we all met at the airport but since I spent the two-hour drive to Almeria asleep, I’m just going to ignore this part.

The first morning of our trip, we woke up early and went straight out to explore Almeria city. I’ll say straight off that I adore this city. I love the mix of higgledy piggledy old streets and sensible modern grids. I love the old buildings crammed together and on top of each other and the airy new buildings made of steel and glass. Seeing the city with a local made a huge difference and we were able to dodge the tourist traps and sneak into all the authentic bars, restaurants and clubs.

Celes was organising everything so I have no idea where we went or what the venues were called but I assure you that they were excellent!

From Almeria, we hit the road in our pokey SEAT Leon, travelling back along the coastal A-7, which was, admittedly, much more interesting in the light, especially with all the ferries buzzing about the Alboran. At Motril, we turned off the A-7 and onto the A-44 and headed inland.

Fair warning, the A-44 is big, wide and boring. Thankfully, Celes took us through some of the back roads, which kept things interesting. The best stretch of road ran through Guajar Faraguit and up into the hills. There hills were glorious and the roads were deserted. Our only company on this stretch of the trip were a scattering of wind turbines busily whirling away in the breeze.

If you use the highway, Almeria to Granada shouldn’t take more than a couple of hours. With all our diversions and spontaneous stops, it took us closer to four! We arrived in early after afternoon, picked up our Granada Cards and started to feel like proper tourists. Cards in hand, we toured Granada’s main sights — the Cathedral, Capilla Real, the Alhambra Gardens and a bunch of other stuff I can’t remember the name of but was, I’m sure, fantastic.

Along the way, Celes gave us an improvised walking tour, most (if not all) of which matched up with my guidebook. We capped off the night with a few glasses of wine and a couple beers.

Suffice to say, we woke up the next day feeling a bit fuzzy.

We were thinking about visiting Madinat Al-Zahra (a 1,000-year-old Moorish settlement that’s supposed to be super well preserved) but opted instead for a big breakfast and some strong coffee. My stomach thanked me but I still regret missing the old city.

Feeling refreshed and decidedly more human, we loaded up our car and headed for Cordoba. We stuck to the highways this time and made really great time, arriving just after midday.

Cordoba is a beautiful and beguiling city. It was founded by the Romans and has been ruled by the Visigoths, Muslims and Christians in its 1,200-year history. That mix of rulers gives Cordoba a really interesting and diverse feel. The architecture, in particular, bears the marks of each of the city’s rulers.

We were only staying for one day and tried to see as much of the city as possible. The Mosque-Cathedral was a particular highlight, although I gather that there have been issues and tensions between the Catholic Church and local muslims, the later of of which are not permitted to pray in the building. No one at the Mosque-Cathedral seemed particularly willing to talk about it, however, so I had to make do with Google and my guidebook.

We left Cordoba early the next morning and headed west to Seville along the smaller northern road.

We arrived in the late morning and (before we’d even checked into our hostel) Celes shepherd us onto bikes for a cycling tour of the city. I wasn’t best pleased at the time but it really was a fantastic way to get a feel for the city. Seville is big and busy but it’s also super well set up for bikes. There are bike lanes everywhere and I didn’t once feel harassed by traffic.

We cycled along the river, through Triana (Triana is weird and feels like a different city in the middle of Seville but I like it!), around the Maria Luisa Park and out to the Plaza d’España Sevilla. The Plaza is absolutely gorgeous and was a brilliant final stop for the tour.

I really loved Seville and would have loved to spend more time there but we had one more day on the trip and had to get back to Malaga.

After an eventful night and far too many Cruzcampos, we packed up the car for the final time and drove back to Malaga. We dropped the car off at the rental office and found a quiet bar to unwind with a couple of sherries. (I still don’t like sherry but it felt rude to visit Andalucia and not have some!)

Tom Butcher is self-confessed Iberophile and has visited Spain regularly over the past 30 years. When he’s not exploring Spain, he is helping LeaseFetcher educate the world about car leasing.