Irish newspapers have been reporting an Irish man shot dead in Spain. The deceased, in his thirties, was shot dead after a chase around a swimming pool at the Angel de Miraflores complex on the Costa del Sol. 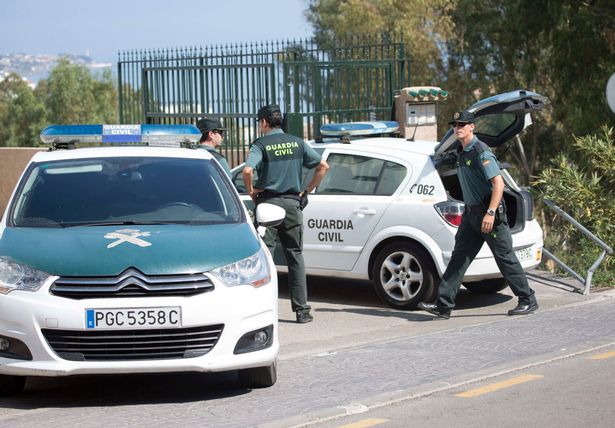 The shooting occurred at approximately 11.30am on Thursday September 24 before the gunman fled in a in a stolen BMW which was later abandoned outside a restaurant in Cabopino, 10-minutes drive towards Marbella. The gunman was described as a tall strong man, wearing jeans and a black tracksuit top in addition to a balaclavaand gloves.

The dead man, named as 34-year-old Gary Hutch and a nephew of former criminal Gerry ‘The Monk’ Hutch is thought to be a gangster from Ireland. From Champions Avenue in Dublin, Hutch died after he was chased and then shot mutliple times by a masked gunman at the apartment complex, Angel de Miraflores.

The apartment complex’s lifeguard confirmed the identity of the victim.

Gardaí are concerned about the possibility of retaliation following the murder and are liaising with Spanish authorities as well as examining CCTV footage. Both the Gardaí and the Guardia Civil suspect the murder is connected to a disagreement with a criminal gang and bore all the hallmarks of a professional hit. The Gardaí and police in Spain believed that Hutch was wrongly blamed by an international crime gang for supplying information to the police that resulted in the seizure of a major drugs haul destined for the UK.

Gardaí said Hutch was aware his life was in danger and have allocated liaison officers to help the family.

Hutch had links to the Kinahan crime cartel and has survived previous attempts on his life. Family members of the victim had been approached in Dublin recently by a man who made threats against his life.

He is believed to have been the intended target when innocent boxing pundit Jamie Moore was shot at a house party near Estepona in August 2014. Moore was hit twice, in the leg and the foot, outside the home of notorious Irish criminal Christy Kinahan’s son Daniel. This led to Daniel Kinahan seeking police protection.

The lifeguard at the complex, called , confirmed the shooting victim was Irish. He said: “I know he’s Irish because I’ve spoken to him and I’ve seen his identity documents. I was the one who identified him. He lives in a ground-floor flat but I don’t know his name or much about him. He’s very reserved. The gunman was masked and wore gloves. He started shooting in the garage before chasing his victim out into the swimming pool.”

According to eyewitnesses, Hutch had already been shot twice in the back before he entered the pool area. The gunman cornered him before shooting him in the chest and then the head.

The emergency services confirmed, “We received a call at 11.39 am advising us of a shooting. We immediately informed police and paramedics.” The man was pronounced dead at the scene.

Civil Guard officers blocked the entrance to the gated estate where the shooting occurred while forensic experts carried out their investigations. Although residents were eventually allowed access to their homes, they were asked to stay away from the pool area.

A spokesman for the Civil Guard which is probing the killing, said: “We have no official statement to make at the moment.”

In September 2014, Irish gangster Gerard ‘Hatchet’ Kavanagh was killed in a professional shooting at a Costa del Sol pub. He was shot nine times by two gunmen on the terrace of Harmons Irish Bar in Elviria near Marbella.