Claire Elizabeth Terry is another new friend of Spain Buddy. She joined the Writers on Spain Facebook group and Elle invited her to get on the site. If you would like to be featured, the link to the questions is below the article. 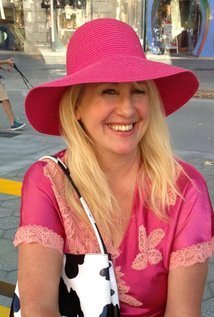 When did you move to Spain, and where from?
I moved here 20 years ago, from England.

Who came with you?
My two-year-old son!

Where in Spain do you live now?
Barcelona

What things (apart from loved ones) do you miss from your country of birth?
The sense of humour; fish and chips with lashings of vinegar!

Do you work? As what?
I’m a travel writer, novelist and screenwriter – (movie, 4 ROSES is being filmed in Spain this year).

How are you with speaking Spanish?
Fluent but my grammar’s rubbish!

If you could change one thing about Spain… what would that be?
Bringing the typical English Christmas atmosphere here!

What are the best things about living in Spain?
The Mediterranean climate, food … and temperament!

What are your favourite Spanish dishes?
Pan con tomate (Catalan), patatas bravas ( I have simple tastes!).

What is the predominant nationality of your friends in Spain?
There isn’t one – it’s a mixture of nationalities.

If you won the Euromilliones – would you still live where you currently are? Why? Why not?
Yes – here in Barcelona, but just travelling more.

If a movie was made about your life – who would play you? Why?
Woody Allen – we may not look alike but we think similarly!

If you had to describe yourself as a cocktail… what would you be, and why?
This is too hard to answer! Oh, go on, then – a Buck’s Fizz, simply because I like cava!

NGO which I run (based on the book, ‘The Art of Living: a Practical Guide to Being Alive’, which I compiled and edited): www.artoflivingguide.org

I’m also organising the upcoming Writers Retreat at Rocaberti Castle, near to Figueres, for authors who are interested in having their book turned into a film:
https://www.facebook.com/RocabertiCastleWritersRetreat/
(Juliet Blake, who produced THE HUNDRED-FOOT JOURNEY, is one of the mentors.)