Hotel Santo Mauro, has become the first of Marriott’s Luxury Collection to open in Madrid, the capital of Spain. The president of AC Hotels by Marriott, Antonio Catalán, presented the renovation. 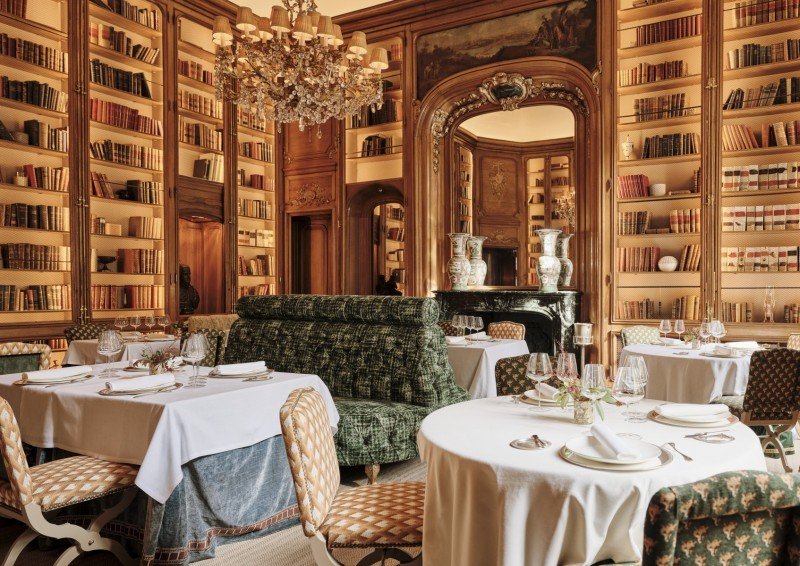 Once the home of the Duke of Santo Mauro, the renovation of the Hotel Santo Mauro has preserved the spirit and architecture of the nineteenth-century palace.

“We looked to preserve the spirit of the nineteenth-century palace that distinguishes Santo Mauro. In which each and every employee addresses customers by name; differentiating with respect to other luxury hotels, and which has been captured perfectly by the interior designer, Lorenzo Castillo”,

The Hotel Santo Mauro is located in the residential area of Chamberi, away from the madding crowd, but within walking distance from the Serrano shopping area, museums, restaurants, and the Retiro Park, offering the best of both worlds for the traveler.

Recently renovated by the interior designer Lorenzo Castillo, he has managed to capture the “once upon a time” spirit of the nineteenth-century palace. The former residence of the Duke of Santo Mauro is a journey in time. The 49 rooms are carefully designed to the ultimate detail, in keeping with the aristocratic influence and luxury of the time.

The palace consists of three buildings, surrounded by a magnificent garden with age-old trees, offering an oasis of peace in the middle of the city. Each one of the public rooms has been decorated in keeping with the original architecture. The “Red Room”, in keeping with the French design very popular in early nineteenth-century Madrid. The Chinese Lounge is decorated with oriental pieces, reminiscing the adventures of Spain in the Philippines and the Orient. The art deco “Gin Bar” is an important meeting place for Madrid society. Once the library of The Duke of Santo Mauro, it is now the hotel’s today’s main restaurant.

Antonio Catalán, a member of the board of the Research Center of the University Clinic of Navarra, explained that, “at the moment, there is no scientific evidence that indicates that the Ómicron variant of Covid should worry us as much as the previous ones.”

“Today, the lethality is very low and I am optimistic that it can be controlled. The positive part is that a very high percentage of Spain’s population is already vaccinated or is in the process of getting vaccinated”.