Here in Vélez-Blanco, we are treated daily to the sight of vultures and eagles soaring above the town. This week a griffon vulture was rescued and brought to the town. 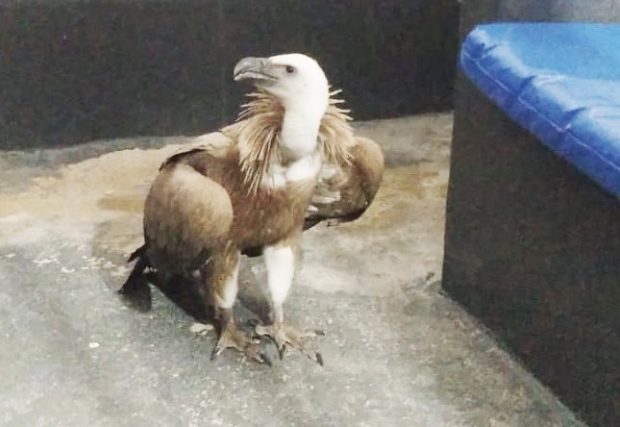 Earlier this week, the Policia Local in Huércal-Overa received calls, alerting them to the presence of a Griffon vulture that seemed to be experiencing difficulties.

The vulture had found its way to an industrial building on the Carretera de Almajalejo, close to the bridge over the A7 motorway.

The police headed on over and started work to rescue the frightened bird. Of course this was no easy task because the bird took flight as soon as the officers got close. At one point, it flew straight onto the motorway and into the paths of oncoming vehicles. This placed not only the bird in danger, but also drivers and the police officers themselves.

However, the police refused to give up and eventually managed to rescue the vulture without any casualties or injuries. They took it to the local station (where we are sure it caused some excitement) and it was held there until environmental officers from the CREA (Centro de Recuperación de Especies Amenazadas) rescue centre in Vélez-Blanco were able to come and take the vulture to a safe place where it will be cared for and given a complete health check before its release.

Griffon vultures are not small and fluffy chicks – they can reach lengths of up to 48 inches with a wingspan of up to 9 feet! They have excellent eyesight and can spot an animal carcass from a great distance, enabling them to swoop down and claim their prize. There are several sanctuaries and centres in Spain which care for the species.

We here in Vélez-Blanco look forward to seeing an extra pair of wings up in the skies very soon.