The garden of Spain will grow on you 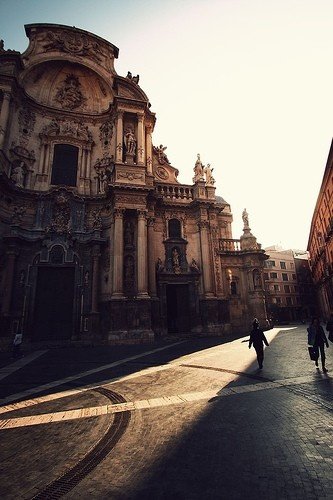 Ups
Iberia’s Kent is one of the major producers of fruit and veg in Spain. So you won’t have any problems getting your five a day. Exporting to the rest of the Peninsula and beyond, you’ll be able to get your hands on the latest crops first.

Downs
If you don’t play, you might be slightly overwhelmed by the number of golf clubs. To the extent the non-agricultural green spaces feel like one giant course. Thankfully, rugged areas like Mortalla and the Valle de Ricote have survived for those who prefer their walk in the country to be on the wild side.

In and out
Although the newly-built Corvera airport is scheduled to replace San Javier eventually, the latter remains open. It’s located 27km to the south west of Murcia, the city. The more popular alternative is to fly in and out of Alicante, located in the neighbouring province of the same name, which is Spain’s sixth-busiest airport.

Education
Respect. Equality. Dignity. The three cornerstones of an education at EL Limonar International School. This bilingual establishment has different campuses according to age. The infant school is located 5km out of Murcia city, in La Alberca. When the children turn 6, they transfer to the Buenevista Urbanization in El Palmar which takes them from primary through secondary to baccalaureate. There’s also a small combined infant and primary in Molina de Segura.

Shop until you drop…
The Spanish love to shop. There are plenty of American-style malls throughout the country. In the Murcia region the two most popular are Nueva Condomina which houses a Primark and Thader which is home to an IKEA. A visit to either can be a weekend lost or found, depending on your point of view and, at the risk of generalizing, maybe your sex too.

Property types
If you want to live in Murcia city, be prepared to consider an apartment. You’ll find larger houses in the outskirts. For a more rural life, have a look at the cortijos and fincas which have been converted from traditional farmhouses into residential properties.

In Praise Of
“Murcia is still one of the most genuinely Spanish areas on the Mediterranean coast. Residing in cities such as Cartagena and Murcia itself feels very different to living on the costas.” Debs Jenkins (author, Going Native in Murcia, and owner of NativeSpain.com)

• Are you an expat in Murcia? What do you like/dislike about it? Let us know below.

Jobs for foreigners in Spain