Say “Hola” to Polish-born Filip Cuprych, who lives in San Miguel de Salinas and has made Spain his home. If you would like to be featured on Spain Buddy, scroll down and follow the link at the base of the article. 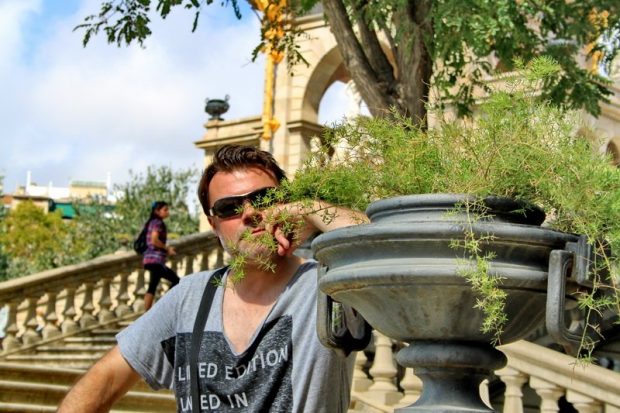 Who came with you?
Shah Husain – my friend and “partner in crime” :)

Where in Spain do you live now?
San Miguel de Salinas, Blue Lagoon

What things (apart from loved ones) do you miss from your country of birth?
My traditional food :) It was much easier in the UK where you have Polish shops and you can get all ingredients you are used to and keep your traditions going. Here – almost impossible.

Do you work? As what?
We opened and run a fully licensed, Moroccan style B&B. I’m also a journalist who writes from Polish titles in Europe from time to time.

How are you with speaking Spanish?
Terrible :) Although I’m trying to learn. Being Polish theoretically should help as the language rules are exactly the same. But it’s difficult when everyone around you speaks English. No motivation.

If you could change one thing about Spain… what would that be?
Nothing. that’s why we moved here. Why change something that’s different and what drew you here?

What are the best things about living in Spain?
The “manana” attitude, which slows everything down. Including your heart rate :)

What are your favourite Spanish dishes?
Bruschetta – learnt it really quickly and our friends can never have enough of it when they visit.

What is the predominant nationality of your friends in Spain?
English. Although I’m still to figure out a few of them. (Editor: Good luck with that, Filip – even we Brits and Irtish have problem figuring each other out!)

If you won the Euromilliones – would you still live where you currently are? Why? Why not?
Definitely. And I’d probably turn the house into a proper Moroccan establishment although I’d sin if I complained.

If a movie was made about your life – who would play you? Why?
I hope there’s no movie about my life :) I’m too quiet to tell an interesting story :) So no, I don’t think there would be anyone who’d want to play me :)

If you had to describe yourself as a cocktail… what would you be, and why?
I don’t drink. And nearly every time I admit that I hear “Are you sure you’re Polish?” :)

Right – now is the chance to tell us all about your business/website/blog if you have one (or more of course).
The B&B we run is called The Riad Azure
It’s in Moroccan style as 4 years ago we developed an unconditional love for that country, its culture and music, cuisine, vibrant colours and traditions. We got our licence end of December 2016 and officially opened January 2017. We did not have any budget for marketing and yet from March we’ve been extremely busy. It’s hard work, but equally extremely satisfying when guests draw hearts in our guest book :). It’s absolutely worth doing.