This week, Jessica Bowler is the focus in our Expat Interview. Jessica hails from California and now lives in Barcelona. If you would like to be featured, follow the link at the base of this page. Enjoy! 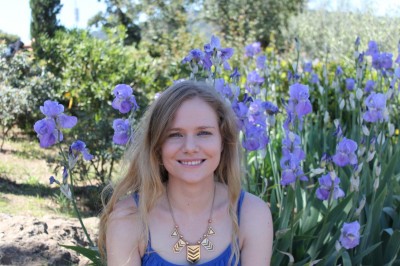 When did you move to Spain, and where from?
I moved to Barcelona about two and a half years ago from southern California. I’d just finished college and had no idea what I wanted to do, so I decided a bit of adventure would be a good next step.

Who came with you?
Nobody! Just me and my overstuffed luggage.

Where in Spain do you live now?
I’m still in Barcelona, which I think is the best place on the planet (so far!).

Do you work? As what?
The short, impressive answer – I work as a translator and travel writer.

The longer, slightly more embarrassing explanation – I translate a Spanish gossip website for younger teenage girls, so my days are filled with One Direction and Justin Bieber.

Luckily, the travel writing part doesn’t come with a catch! 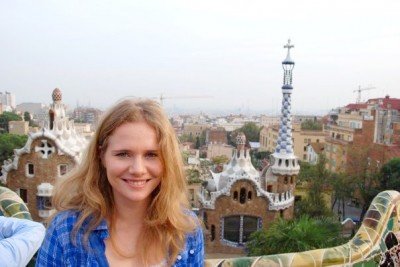 How are you with speaking Spanish?
I speak fluent Spanish, although as I had very few formal classes I always suspect I’m making loads of mistakes! Still, it’s not a struggle anymore and even in the worst case scenario my level is pretty good. Getting to there was an uphill battle, but it’s worth it.

If you could change one thing about Spain… what would that be?
I would put it closer to California! That’s not really realistic, but I do wish it were closer so I could see my friends, family, and the sunshine more.

On a more realistic note, I would change the bureaucratic overload. It seems like you need five pieces of paperwork every time you fill out a new form! It’s so frustrating and unnecessarily complicated.

I also wouldn’t say no to a bit of carpet and better insulation in the apartments. It’s so chilly in my flat!

What is the best thing about living in Spain?
I love the travel opportunities. Each region of Spain is so different, it’s like going to a whole new country. Of course, being from California it’s also much closer to the rest of Europe to jet off for a weekend in, say, Paris.

It’s also great to constantly be learning something new, whether it’s new vocabulary or more about the culture. It keeps my brain happy!

What is your favourite Spanish dish?
Tortilla de patatas! I don’t know how I lived without it before.

And even though it’s not a specific dish, I love going for tapas. You get to try loads of interesting stuff that you might not have eaten otherwise. It’s gotten me to try stuff like octopus and pigs’ feet (the octopus was a hit…the feet, not so much).

What is the predominant nationality of your friends in Spain?
It’s a mix! I’m lucky to have both Spanish/Catalan friends and people from other countries who like Barcelona as much as I do. It’s quite an international city, so there are lots of interesting people to meet.

If you won the Euromilliones – would you still live where you currently are?
Probably, yes…but I would use some of the cash to spend those nasty, cold winter months in sunny southern California! Migratory birds definitely have the right idea.

If a movie was made about your life – who would play you?
Hmm…Kirsten Dunst, but with Shakira’s hair. Kirsten is the only actress I look anything like, and Shakira has similar hair to mine but obviously hers is loads better. Instant upgrade!

If you had to describe yourself as a sandwich filling… what would you be?
Cheese. Dependable, fairly likeable (I hope!), and occasionally surprising. :)

Right – now is the chance to tell us all about your business/website/blog if you have one (or more of course). Go for your life!
I blog over at HolaYessica.com named after the Spanish (mis)pronunciation of my name. It’s all about expat life in Barcelona, along with a dose of the best Spanish fiestas around.

I also recently launched a video series showing you around Barcelona. It’s on my blog, or you can check it out directly on Youtube here: http://www.youtube.com/user/MyBarcelonaSeries/