The Costa del Sol takes a further step in the battle against irresponsible dog owners with dog DNA tests for Malaga. The council proposes analysing the DNA of dogs in order to fine owners who do not pick up after their four-legged friends. 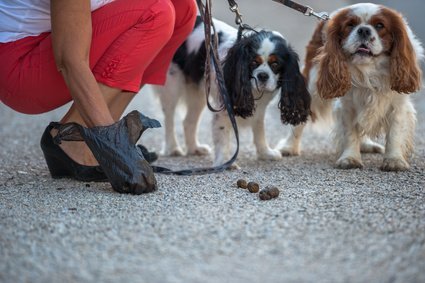 Málaga City Council is prepared to try anything to solve the ongoing problem of dog excrement on pavements and in parks. This new initiative will target dog owners that do not clear up their dog’s mess.  Although the measure was announced in March 2015, it is only now that it is gaining real momentum.

Genetic identification of the dogs was brought to the table in March 2015 at a meeting with about twenty groups in the city that will be part of the Consejo Sectorial para el Bienestar Animal de Málaga (Sectoral Council for Animal Welfare in Málaga). The organisation has been commissioned but is not yet formally constituted and includes La Protectora, La Federación Tidus and the Colegio de Veterinarios.

The plan is to create DNA records of the estimated 98,000 dogs there are registered in the city, to analyze faeces found on the street, moving on to identify the dog and therefore its owner before handing out a fine.

The first step though, to build the database of Málaga’s canine population, is no small project… and is expected to last a year.

The compulsory test, to be carried out in veterinary clinics, is expected to cost €35 and owners will have one year to get the test done once the proposal is approved formally. Once included in the DNA registry, dog owners will be given a card to prove the test has been carried out.

There are further costs to the dog owner too. Should you be suspected of not cleaning up after your dog, you will have to foot the bill for getting the suspect faeces tested – expected to cost €18. If the test proves positive, fines can range from €75 to €500 dependent upon location.

Although the initiative is currently only agreed in principle, the Ciudadanos expect full approval. The initiative was previously put forward by the PSOE in 2011, although it was rejected by the ruling PP government.

Málaga is following the example of Xativa, Valencia, which pioneered the scheme in Spain and reduced dog mess by 80 per cent before the scheme actually came into force.

A side benefit of the DNA testing, is that it may help to identify the owner of an abused or abandoned animal, as well as to locate those who are lost or stolen.