Cesar Manrique and his houses

Cesar Manrique’s houses are located in two parts of the island – Tahiche and Haría. 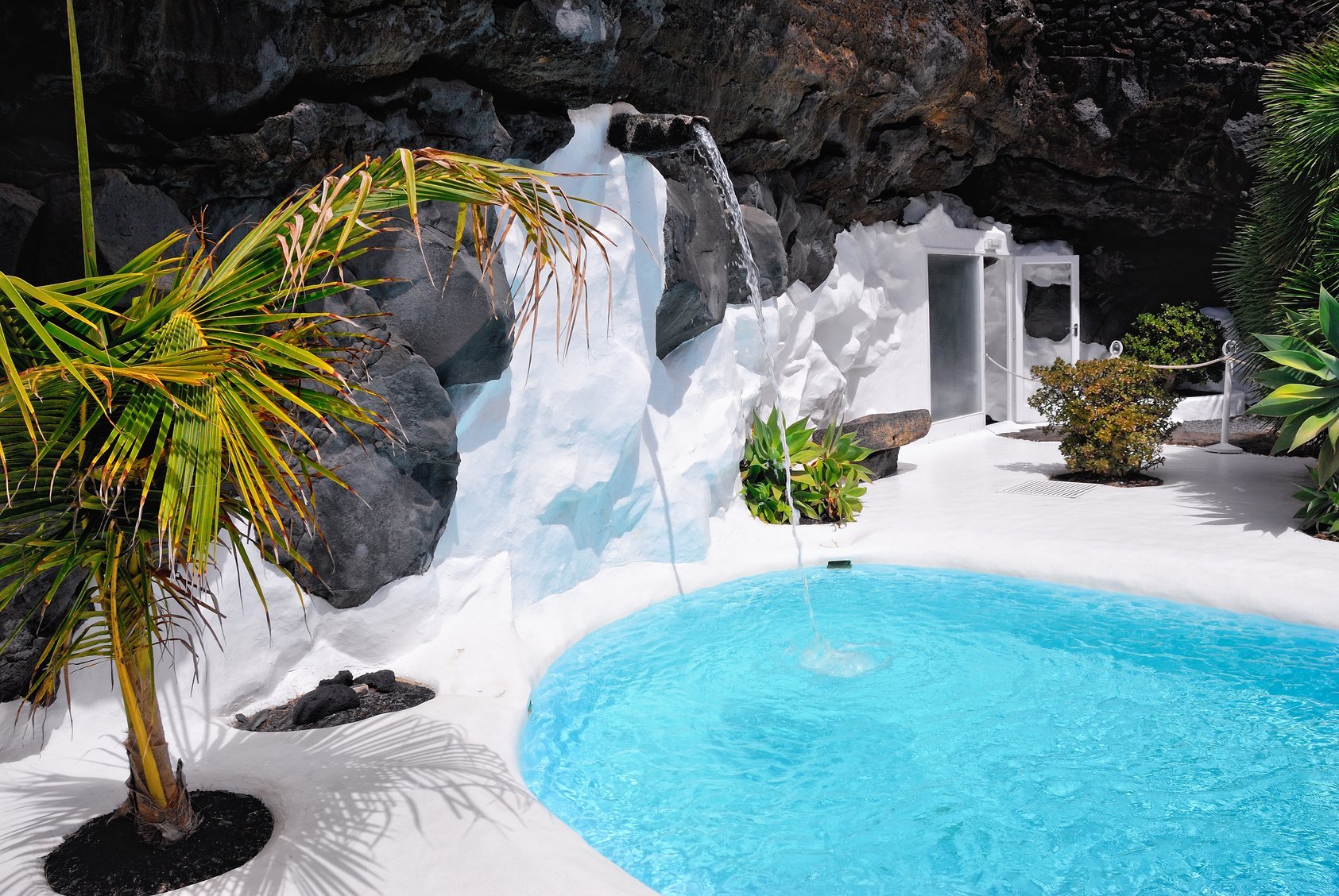 Go back in time, and imagine you are in the lair of a James Bond baddie. The Tahiche building has been carved into the volcanic rock… making use of the natural bubbles beneath the surface to create a stunning museum.

César’s home in Haría has been frequently described as “a little creepy”. His home has been left exactly as it was on the day he dies. This includes such details as a partially drunk bottles (not booze – he neither drank alcohol nor smoked cigarettes) and his slippers under his bed.

Born in Arrecife on Lanzarote in 1919, Manrique was a twin. He was just a few minutes older than his twin sister (Amparo). Later his parents would provide him with an additional brother and sister.

His family was fairly affluent. So much so that his father purchased a seafront property in Famara – leading to many happy memories for Manrique from his childhood.

Later he would serve as a volunteer during the Spanish Civil War… on Franco’s side. He always remained tightlipped about his experiences due to their ferocity. Upon his return home, it is said that he removed his uniform and set fire to it.

During the 1940s, he moved to Mardid and studied at the San Fernando Fine Arts Academy. He exhibited his work all over Spain before continuing with several prominent exhibitions in New York. He returned to the island in the mid 1960s and this was where his presence really began to be felt.

Manrique is considered one of Lanzarote’s most influential residents (past and present). He fought to ensure that legislation was passed to stop tall buildings from being built. When he moved back to Lanzarote in the mid 1960s, tourism was really starting to build. César has strong concerns about the impact on the island and so worked closely with others to help limit detrimental impact. As hotel construction ramped during the 70s and 80s, he participated in several protests and regularly took his thoughts to the media.

On the whole, Lanzarote has played ball since that time… with very few buildings exceeding the “no taller than the tallest palm tree” rule. This has enabled Lanzarote to avoid the concrete towers that cluster so many resorts on Mainland Spain.

Manrique was tragically knocked down by a car on the roundabout outside his Tahiche home in September 1992. He was 73 years of age. In a bitter taste of irony, it was the increasing number of vehicles on the island that was one of his bug bears. We wonder what he would have to say about the number of vehicles and the look of the island today.

The art in situ

César Manrique is known for his designs all over the island at attractions including El Diablo restaurant at Timanfaya, the vivid blues at Jameos del Agua and the beautiful “farmer” statue at Casa Museo Campesino. His influence and art is also prominent in some of the other Canary Islands.

In various places around the island, you can see César Manrique’s “mobiles” – art installations that work with the Lanzarote wind to produce stunning pieces, constantly on the move. Look for the “birdcage” installation just outside his Tahiche home to see just one example of his art.

Look out also for the brightly colured motifs and branding around the island. Some are Manrique’s works  (for example: El Diablo), while others are strongly inspired by the artist’s work.

His “Houses” are right up there on the “things to do on Lanzarote” list. Head along to Tahiche and/or Haría and find out more about Lanzarote’s favourite son.

More information and to book a visit to César’s Houses.