El CD Torrevieja can now confirm that Jesús Sánchez Ricarte (Elche, 1992) will join the Club, after both the Club and the player agreed a deal. 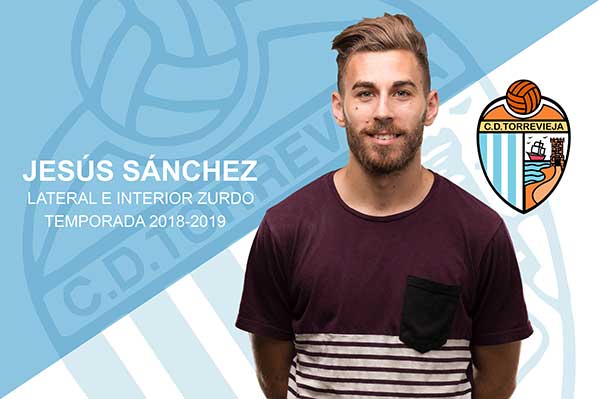 Jesús will play left-back, although he is also able to play left-wing. He stands out for his agility and skill, his versatility, his hard work and commitment and his excellent stopped-ball kicks.

The 25-year-old player from Elche, joins CD Torrevieja from Crevillente Deportivo and also brings Third Division experience with him after spending two seasons with Martos CD. He has even played in the Second Division B with Real Jaén CF in 2014/2015, beside finishing his training at Hércules CF to then play in their reserve team, where they came second in the league and entered the play-offs to get promoted into the Third Division in 2011/12. He then continued to play in the Group IV Preferente league with CD El Campello and CD Thader.