Canary Islands news. April 29. This week includes a plea for Baloo, the dismantling of a weapons ring, a new book and a few arrests. Published on Wednesdays.

Officers from the Guardia Civil have seized 99 weapons across Spain including from the Canary Islands in an operation codenamed Taranja.

The yield of almost 100 weapons of different kinds, including assault rifles, pistols and revolvers, together with 21,000 rounds of ammunition, was commandeered in raids carried out simultaneously across various parts of Spain including the Canary Islands.

The TARONJA operation is part of the Comprehensive Plan for the Control of Firearms Civil Guard and was coordinated by Europol.

It has dismantled a sweatshop for the rehabilitation of disabled guns and a point of sale for illegal weapons on the Internet.

The officers remain tight lipped about the operation although they conceded that the guns were bought on the black market. The weapons are believed to have originated predominantly from Eastern Europe, although some are ex military weapons from Spain.

Seven people have been arrested and charged with charged with crimes including weapons trafficking, holding an ammunition depot and handling contraband.

The Guardia Civil said: “Possible links between arms trafficking and terrorist organizations make combating this threat a priority for both the national security strategy and the European Union.”

The public debt of the community of the Canary Islands has nearly quadrupled between 2007 and 2014, a period that seen growth of 281 per cent, settling at €5924.20 million, according to a report by EAE Business School Data from the Bank of Spain.

However, the same study shows that the Canaries are the third least indebted community in comparative terms, in debt per capita (€2,829 per person) and relative weight of public debt in the gross domestic product (14.5 per cent). 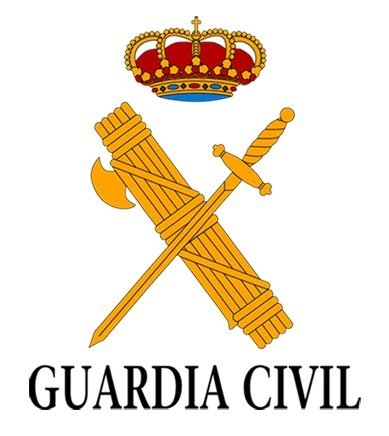 The Government delegate for the Canaries, Maria del Carmen Hernandez Bento, has reported that four Guardia Civil officers from Morro Jable have been arrested, accused of various crimes.

Two of the officers are accused of injury and forgery and failure to.

Maria del Carmen Hernandez Bento said that we should expect to see justice carried out. She added: “It is, unfortunately, not the first arrest that has occurred of this type in the Canary Islands.”

Additional arrests were made earlier during 2015 in the same barracks.

The Ministry of Youth and Social Welfare of the City Council reports the opening of the registration period to participate in the family friendly route to Isla de Lobos, which will take place within the insular hiking program, Al Golpito Fuerteventura, this Sunday May 3.

The area director, Victor Alonso, said that “Al Golpito Fuerteventura is a free event, open for the participation of any interested party.” This route has a limit of 100 places. The council will provide a bus service, also free, departing at 8am from Gran Tarajal, and 8.45 from Puerto del Rosario.

It is 40 years since Flora de Gran Canaria, a book by Mary Anne and Gunther Kunkel, was first published.

Universally recognised as an authority in its field, the Cabildo de Gran Canaria has decided to publish a brand new edition. The new edition has been submitted by the General Coordinator of Culture, Heritage and Museums of the Insular Corporation, Larry Alvarez, and the Minister of Environment and Emergencies, María del Mar Arevalo.

Originally in four volumes, the book is an essential reference for knowledge of the extraordinary botanical biodiversity of Gran Canaria.

The new edition consists of two volumes and more than 400 pages, with added contributions that the natural evolution of botany has generated over the years. the additions are marked with asterisks within the pages.

The most striking novelty of this new release is the graphic rejuvenation of the scientific illustrations made at the time by Mary Anne Kunkel. The digital rejuvenation was carried out by Agustín Casassa, who sought to return the visual integrity to these sheets.

A man has been arrested for allegedly killing his son on the night of Monday April 26 in the district of Telde, on the island of Gran Canaria.

The man, after being arrested and testifying, has gone to court Tuesday, according to sources of the National Police, who pointed out that the case is under a gag order.

A home for Baloo

He was devoted to his Dad and is suffering greatly from the loss. He is used to having a large garden and is finding the kennels a little stressful.

He is a very friendly dog, gentle, great with people and very very affectionate. He is a beautiful, large, blue eyed boy! He is approximately four years old.

Jayne Roe from The Kennel Klub said: “I’ve just got back from walking Baloo. He is in kennels at the moment and it has broken my heart to leave him there today.”

“Lanzarote friends, please can anyone foster or adopt this beautiful boy. He has been in a lovely garden for the last two years and won’t be happy where he is for long.”

If at all possible, it would be lovely for Baloo to stay on Lanzarote. His Dad was well loved by many residents and this would keep a link for them.

If you can’t adopt him, perhaps you could help with a donation to his boarding costs? Please contact The Kennel Klub on Facebook for more information.

The association for the defense of infrastructure in Tenerife has asked Aena to construct a new terminal in the island’s Tenerife Sur airport.

The request comes with the news that the airport is running at 90 per cent capacity currently. The association warned that if action is not taken within the next decade, the Reina Sofía (Tenerife Sur) Airport will reach a situation of collapse, damaging an island whose economy is so reliant on air links.

The island’s businesses are behind the expansion, and recognises that the airport is expected to exceed 10 million passengers in the next two or three years. According to the association, airports like Malaga and Alicante-Elche have undertaken important investments in new terminals, which has permitted the radius of passenger per square meter and year to be around 60 passengers, 38% less than the current terminal in Tenerife Sur.

Tenerife Sur is the second largest airport in passenger traffic in the archipelago and number seven in Spain. It’s also the number one airport in Aena’s network, connecting Tenerife with hundreds of destinations, particularly the United Kingdom, Germany and Italy.

The terminal is currently approaching its 50th birthday.

Aena, on the other hand, says the expansion is not needed because there is still room for growth. Aena says the capacity is 12 million not ten, which sets the occupancy at 76.5%.

Aena does plan to invest 16 million Euros in the Tenerife airport, though the money is earmarked for restoration and general maintenance.

British singer Sir Tom Jones is performing for one night only at a concert in Tenerife on August 28 at 10.30pm in the Santa Cruz de Tenerife fairgrounds. The concert has limited capacity.

The concert is part of a mini-tour that the artist made ​​in Spain with only two stops, Girona and Tenerife. Tickets will be available on the website www.entradas.muchoviaje.com and Ociotour .

Ticket prices range from €65 for general admission to €200 for a Golden VIP ticket, which includes an open bar, wristband with backstage access and more.

Sir Tom Jones’ career spans more than 50 years and he is now a judge on the hit UK television show, The Voice.

His last album was Spirit in the Room, made ​​with Ethan Johns and covers of songs by Leonard Cohen, Paul McCartney and Paul Simon, among others. While in Tenerife, Sir Tom will play some of his best-known songs along with those from his latest album.