Canary Islands news selection from the last seven days and items including a hello from space, a marina green light, new fire engine, German lurve and an agricultural fair. Published on Wednesdays.

The Canary Islands already attract many people wishing to look towards the heavens, especially from its observatory in La Palma. But this week the view was from the other direction with a greeting to the Galileo telescope.

Cristoforetti is based on the International Space Station until May 2015. She arrived in November 2014. She is a flight engineer on the ISS but is also a captain in the Italian Air Force.

Born in Milan, Italy, on 26 April 1977, Samantha Cristoforetti was selected as an ESA astronaut in May 2009. She joined ESA in September 2009 and completed basic astronaut training in November 2010. In July 2012 she was assigned to an Italian Space Agency ASI mission aboard the International Space Station. She was launched on a Soyuz spacecraft from Baikonur Cosmodrome in Kazakhstan on 23 November 2014 on the second long-duration ASI mission and the eighth long-duration mission for an ESA astronaut.

Samantha is now working and living on the International Space Station as part of her Futura mission and enjoys interacting with space enthusiasts on Twitter as @AstroSamantha.

Lanzarote has taken delivery of a new fire engine, an urban utility truck and a jetski at a total inverstment of €263,000.

Brito referred to the fire engine as:”absolutely fundamental and indispensable for the professionals so they can quickly and efficiently undertake their functions, including firefighting operations” .

In addition to the fire engine which cost €208,082 euros, the Cabildo de Lanzarote has acquired an urban utility truck, valued at €8,000 and a jet ski ready for maritime rescue, which cost €12,000 and a new set of cutters that adds to the two already in place, costing €35,183.

The fire engine purchased is manufactured by the company Rosenbauer. A first response vehicle, equipped and prepared to handle any emergency, it has a water tank of 2000 litres. The utility truck is a Toyota Aygo, and the jetski is a model Sea100 GTI Bombardier Rotax.

German visitors to the sunny island were up a fantastic 35% in February, compared to February 2014.

The Guacimeta Lanzarote airport closed last February with a slight decrease of 2.28% in the traffic of tourists arriving in the island, mainly due to the decrease of 34.2% experienced by the national tourism over the last month. Lanzarote Tourism attributed the drop to the reduction in operations from Mundo senior, the tour operator responsible for IMSERSO travel (for the domestic elderly), which is having serious trouble getting beds on the island. These problems have meant a loss to the island of approximately 4,000 domestic tourists so far this year, leading to a drop of 34.2%.

Las Palmas is the second most congested city with traffic in Spain, after Barcelona, ​​according to the annual survey by the company TomTom who manufacture satellite navigation systems for vehicles.

This company attributes the capital of Gran Canaria with a congestion level of 25%, rising to 33% at rush hour in the morning and 34% in the afternoon rush hour.

The study indicates that, in Barcelona, ​​drivers who take 30 minutes to get to work every day lose up to 71 hours a year in traffic jams.

The level of congestion, which calculates the increased time to make a journey comparing the displacement and normal traffic jams, has risen from 25% to 27% from 2014.

Go ahead for Arguineguin port

The Board of Directors of the Public Entity Ports Canarios met on Monday March 30 and provisionally approved the proposed sport dock of Puerto de Arguineguin, Gran Canaria.

The project, presented by the company Puerto Deportivo Arguineguin SL, now goes under a new period of public consideration for a month before being finally adopted.

The project proposes an investment of €16.6 million. Plans include 334 berths and 90 for sport fishing facilities in southern Gran Canaria, along with other improvements in catering, commercial and for local fishermen. 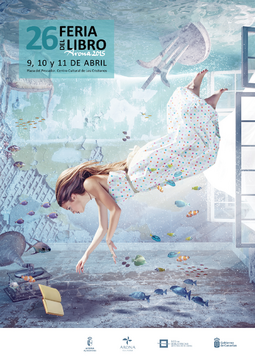 The Arona Book Fair 2015 will be held from April 10 to 12 on Plaza del Pescador outside the Cultural Centre of Los Cristianos.

Friday, April 10.
19:30. Official opening with a performance by the electrofolk group of the Arona Music and Dance School
20:00. Opening of the exhibition “In the shade of almond”.

The Ministry of Sports and Game reports Cabildo has opened a training camp for hunting dogs in Llano de Caima, situated close to Parque Hollandes. This is the first of three such areas which the council intends to have in the north, centre and south of Fuerteventura.

These areas represent a new training provision every year in the months before the hunting season, to allow hunters to exercise their dogs throughout the year .

This first training camp opens in the north of the island. The Cabildo is aiming to open two more of these spaces in the central and southern areas, in Pájara and Antigua, according to councillor Antonio Mesa.

The Campo del Llano training round will be regulated based on the following conditions:

The Feaga fair is to be held at the Granja de Pozo Negro from April 16 to 19, and a week before, from April 8 to 10 April at the Livestock Technical Conference in Casino de Antigua.

Feaga, which is considered the most important agricultural and livestock fair in the Canaries, celebrates its 29th edition of 2015 to present the latest developments in the industry.

In addition to the technical conferences that are due to be held, the highlights of the program in Granja de Pozo Negro will include the goats cheese competition, a cattle competition, goat auction, cooking shows, and various races.