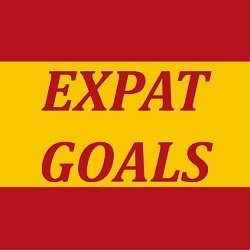 Our aim is to provide a mouth piece and an area that clubs and organizations can tell the Expat Communities and Overseas followers what is going on at their club.

We have also had much feedback in relation to other sports in the area so we will incorporate more and more local sports coverage that the Expat community might not know about….

When I first moved to Huercal-Overa it took me 4 years to find out that there was a football club in the town and they were playing in the 4th Division! From that day I have tried to get as many people involved with local clubs as possible, not only your lower league clubs but the likes of UD Almeria, Real Murcia, Elche, Granada, Cartagena and La Hoya Lorca. Some of the teams mentioned will be known to you and some wont, but even Almeria and Granada need your support. Sadly this day and age if you are not in the Champions League then you are a struggling club..

I have been involved with Huercal-Overa Club de Futbol, a club based in Huercal-Overa, Almeria who play in the Tercera Division Group 13 within the Murcian Federation (4th Tier in the pyramid) at Vice President level. Generating interest from not only British but Dutch, German and Belgian Football lovers. Now the club have a very good turnout of non Spanish fans that would equate to maybe 10 or 15% of the match attendance. Also introducing club merchandise and creating links with the British Press in Spain and the UK.

I am not a journalist and have no wish to be one! What I want to do is provide you with the information that I would want to know myself

If you know a club that would benefit from more exposure or you would like to know more on how to get involved with a club please get in touch!

Get involved – Support your local club!