I am always wary when offered “destination guides” to read/review… as so often they offer quite a narrow view of the area in question. Let’s face it – we all have different ideas of what we like to do whilst visiting somewhere. For example… when Alan and I visited Madrid, we headed straight for the Reina Sofia… whereas friends are often more interested in the eateries and nightlife.

So… I wasn’t particularly excited about reading this book by Matthew Hirtes, a long term resident in Gran Canaria. However, because it was about an Island in our beloved Canaries, I gave it a go. What a pleasant surprise! Within just a few pages, I had already learned a few facts about the Canaries that I hadn’t previously known.

We lived in Lanzarote, and know that there is a lot of the Island that visitors don’t always get to see. Gran Canaria is no exception, and Matthew brings it to life page after page… with humour, and obvious experience. Matthew is suitably gushing and obviously very proud of his home. However, he certainly isn’t shy about dishing the dirt on things he doesn’t like too.

Don’t assume that the “Kiss Me Quick” hats and footie shirts rife in so many Spanish resorts are all that Gran Canaria has to offer. This books drags you out of the Sports Bars and into the depths of real Island life. 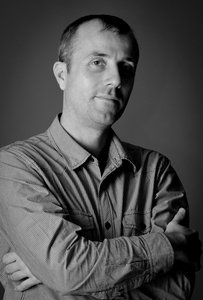 This book is indeed a guide… but it’s given from the perspective of a man who actually lives there, has real in depth knowledge about the island, its inhabitants (he is also married to a Canarian lady, Cristina), and its hidden corners.

Much more than that though… head to the tail end of the book and you’ll find every phone number you’d ever need if you got yourself into difficulties, or had questions during your visit. Useful websites, and personal recommendations are rife… with so much choice, that you’d be hard pushed not to find something to appeal to any tastes.

Although Alan visited Gran Canaria during his Siete Islas charity walk in the Spring of 2012… I haven’t been myself yet. I know exactly what will be safely included in my hand-luggage though – this book! Oh, and a nice thank you pressie for Matthew too!

Matthew’s Amazon Profile: Matthew Hirtes was born in Waltham Forest, north-east London, England in the early 1970s and grew up in the East Midlands, before returning to the capital to study at London University in 1991. Upon graduation, a chance encounter in a north London pub with cult Face magazine writer Gavin Hills launched a career in journalism. So far, this has taken in deputy editorship of The Official Chelsea Magazine and covering the Canaries, he’s lived in Gran Canaria since 2004, for the likes of Condé Nast Traveller and The Independent. His first book, Going Local in Gran Canaria, is a travel guide for the discerning traveller as well as a handbook for those looking to make a fresh start overseas.