Penelope Cruz is our beautiful woman in Spain this week. It follows on from last week, where we featured her husband, Javier Bardem. 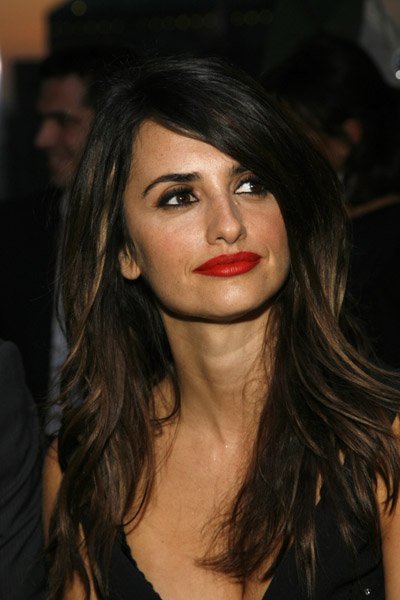 Penelope was born in Alcobendas, Madrid in April 1974 to Encarna Sánchez and Eduardo Cruz. She has a brother, Eduardo, and a sister, Mónica, both of whom are entertainers in their own right.

Penelope has find memories of growing up, describing her childhood as a happy one… and laughing when she describes “acting” with her friends. She would take on a character, and portray them when playing games. However, acting was not something she had really planned for and she attended Spain’s National Conservatory for nine years where she studied classicla ballet, before heading to Cristina Rota in New York to continue her studies for a further three.

In her early teens, Penelope watched a movie by Pedro Almodóver (Tie me up, tie me down) and the acting bug bit her straight on her pert bottom. She started applying for roles, but it wasn’t until she was 15 that she was snapped up. Her first role was in “La Fuerza del Destino”, a pop video for the Spanish group, Mecano.

Penelope Cruz was firmly planted as a Hollywood success with her role in “Vanilla Sky”, alongside Tom Cruise. This was a remake of the movie “Abre Los Ojos” (Open Your Eyes), in which she had also starred. Since that movie, she has gone from strength to strength, notching some serious blockbusters onto her belt such as “Blow”, “Captain Corelli’s Mandolin”, and “Pirates of the Caribbean 3”.

Penelope dated Tom Cruise for a number f years, after meeting him on the set of “Vanilla Sky”, and as such became half of one of Hollywood’s most photographed couples. They ended their relationship in early 2004 causing much media interest.

Penelope then went on to date Matthew McConaughey after starring alongside him in “Sahara”.

Penelope first met her husband, Javier, in 1992… but it was not until 2008 that they became a couple. They were married and have two children together.

Penelope has carried out a lot of modeling, including being the face for L’Oreal, Lancôme, Loewe and Mango. She has also graced the cover of Vogue and Elle magazines.

You can find Penelope Cruz online in the following places: