We’d like to say that it was a pleasure interviewing Dave… but it wasn’t. Perhaps you will enjoy this expat interview more than we did. 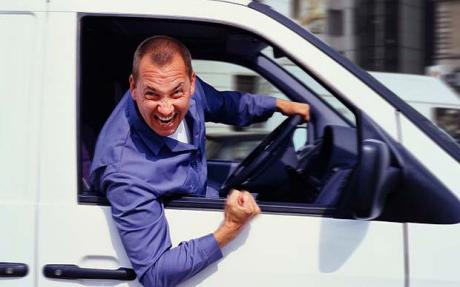 When did you move to Spain, and where from?
I moved to Spain in 2006 from Albert Square in the east end of London

Who came with you?
The wife insisted that she wanted to come too. Much as I’d like to have left her behind, her incapacity benefit has been a big help. And my mum.

Where in Spain do you live now?
On the Costa

Do you work? As what?
Having knocked up a couple of Ikea shelves back in the UK, I am now a builder. I also sell property for mates who are doing a runner back to England

How are you with speaking Spanish?
¿Que?

If you could change one thing about Spain… what would that be?
The extradition agreements with the UK and I’d change the language to English

What is the best thing about living in Spain?
Gullible expats who I get to rip off and that nobody judges me because I only wear football shirts all day every day

What is your favourite Spanish dish?
Fish and Chips

What is the predominant nationality of your friends in Spain?
British and Irish. I’d like to make more Spanish friends but they can’t be arsed to learn English

If you won the Euromilliones – would you still live where you currently are?
No, I’d go back to the UK because I’d actually be able to afford to live there and I could go and see my mum who is now in Holloway (see comment about extradition agreements)

If a movie was made about your life – who would play you?
Warren Mitchell or Danny Dyer

If you had to describe yourself as a sandwich filling… what would you be?
Jellied eels or an English breakfast bun

Right – now is the chance to tell us all about your business/website/blog if you have one (or more of course). Go for your life!
Much as I’d like to, I’m not sure if the DHSS might be reading this, but if anyone wants some building or tarmacking done they can phone me. No job too big or small.