We heard this morning that the Andalucian Government is considering radical measures to stem the flood of repossessions, by threatening banks with a fine of up to €9k for every empty property on their books. 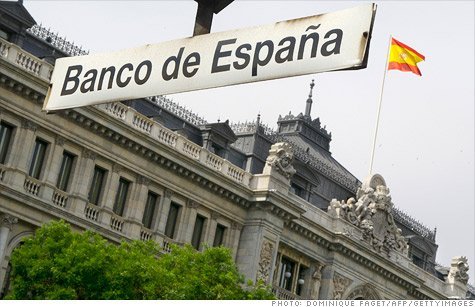 There has plenty in the news for a while now about a number of homeowners committing suicide when threatened with repossession or eviction… and also about the many many people now homeless as a result of homes being claimed.

Elena Cortés (Minister of Public Works and Housing) stated a couple of days ago that “Today we say enough, we are here”.

In Andalusia, a daily average of 46 families live in this situation. Since 2007, there have been 86,000 foreclosures in the community.

In Andalusia there are between 700k and a million empty homes, half of which are owned by legal persons (banks and property companies).  This process will also help create a registry of uninhabited houses.

For banks, real estate or property management entities it is serious news… and the Government has chosen to take a harsh approach, rather than rewarding those doing it right in the first place..

The collection of the fines will apparently go to supporting housing policies.

The cost of the rental housing will be capped, meaning that those benefiting from this measure shall not have to pay three times the minimum wage (currently at 532 euros per month).

The administration has already identified 119 households over the past few months, who have called for mediation, that could benefit from this solution.

According to Cortés, the decree, which will be processed as a bill in Parliament, is in no danger of being challenged. He said it with these words: “Garantía jurídica plena como la luna llena” (as legally guaranteed as the full moon) .

In my opinion, it is refreshing to see that banks are finally being challenged. But will this pile on more pressure on them, in a time where they are still struggling themselves? Time will tell.